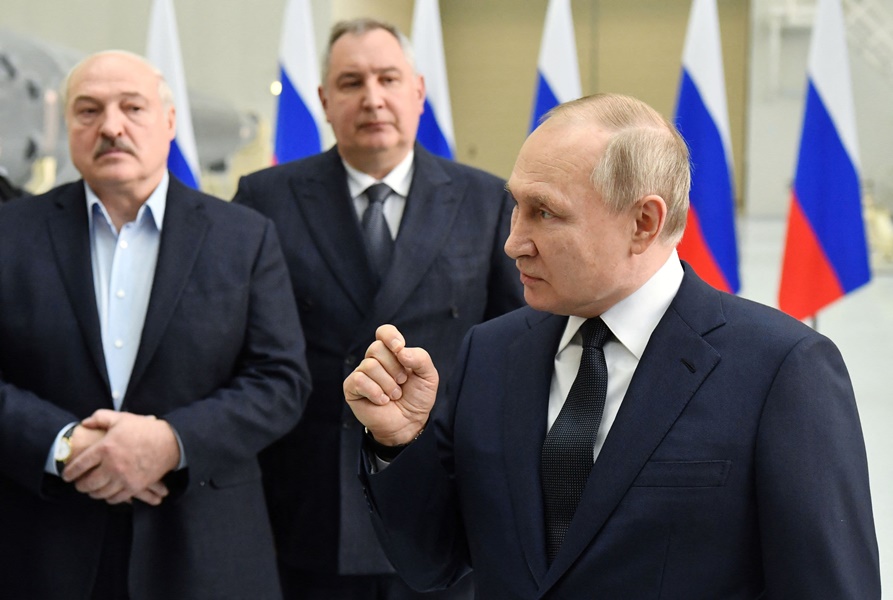 On 12th of April President of the Russian Federation Vladimir Putin met the self-proclaimed “President” of Belarus Alexander Lukashenko at the Vostochny Cosmodrome space launch facility. The meeting wasn’t anything special in comparison with previous meetings of authoritarian leaders: presidents’ statements were full of propaganda and fakes.

Here are the key points from Putin’s speech:

What is happening in Ukraine is a tragedy, but Russia has had no choice.

Here are the key points from Lukashenko’s speech:

Also, during talks two authoritarian presidents discussed the formation of a single defense space of Russia and Belarus, as well as a common space infrastructure. In addition to that, Russia and Belarus plan to create a common electricity market.

The meeting was aimed at an internal audience. Presidents’ visit to the space launch facility in the far eastern part of Russia was dedicated to the “Space Day”, an important date for all Russians since the existence of the USSR.

Russian rhetoric has not changed — Putin tries to convince his people that sanctions won’t harm the Russian economy, that Russia has had no other choice but to invade Ukraine in order to preserve its national security and that the West is responsible for the war in Ukraine. Vostochny Cosmodrome serves as a symbol of Russia’s might despite sanctions and harsh relations with other countries. Projects of the Russo-Belarussian common energy and defense spheres are the attempts to show that the Russian Federation is not isolated and can form its own foreign policy agenda.

Lukashenko’s visit to Russia means that the possibility of Belarus participation in the aggression still exists. However, it could be assessed as “unlikely”, having regard to the anti-war tendencies among Belarussian people and military and Russian losses on the battlefield in Ukraine.

The purpose of the meeting was also to render the message to Ukraine and the Western countries. Putin refuses to halt the hostilities and there will be no progress in negotiations. That means that the “grand battle” in the East of Ukraine will be decisive in the context of dispute settlement.