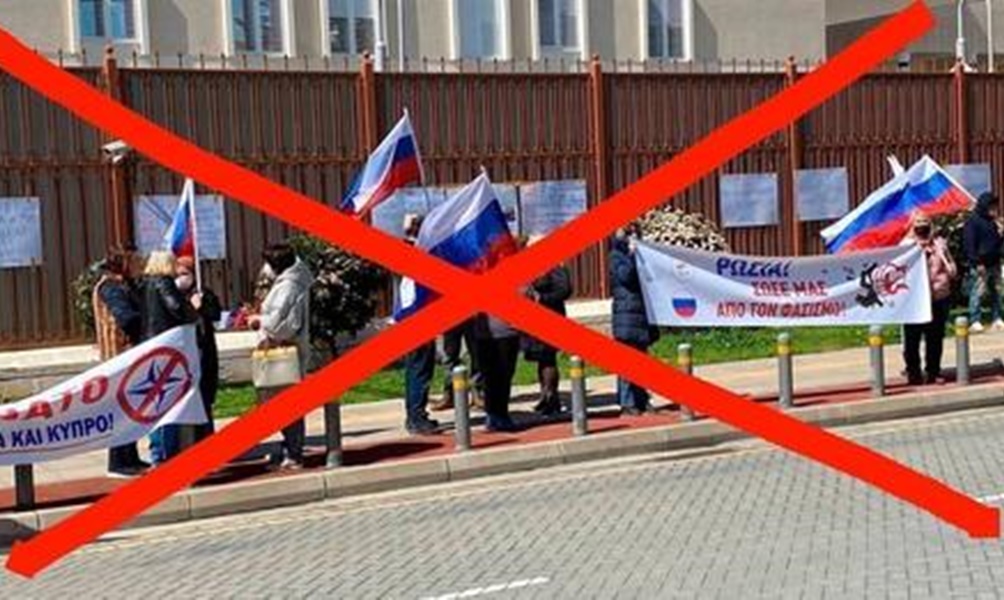 Please, send the petition to the government of Cyprus to condemn the pro-putin rallies and meetings.

The residents of Cyprus address you. We are united by one goal- to stop the war in Ukraine, unleashed by the government of Russia on February, 24, 2022.There are citizens of different countries among us: Ukraine, Russia, Cyprus and others.

More than 400 citizens of RF and more than 2000 citizens of Ukraine, united in the initiative groups https://t.me/cy_walks (https://www.facebook.com/groups/cybrt)

But unfortunately not all Russians stand on the peace grounds. We came to know that an action to support the aggressive activities of Russia on the territory of Ukraine is to take place supported by Coordination Council of Russian Compatriots in Cyprus https://www.facebook.com/ksorscyprus/posts/514250846927910

In our opinion, such actions are inadmissible, as they are war propaganda and contradictory to common sense. We consider the president of Russian Federation a military criminal. Ukraine, Russia and the whole world suffer from his military aggression. We feel pain and shame for our island neighbors who intentionally or for some other reasons approve of the criminal policy of the president of Russia Putin,urging the Russian army to go on bombing and killing civilians.

It’s obvious for us that holding such public events to support the Russian aggression aggravates the peaceful coexistence of ethnic communities in Cyprus, creates tension in their relationships. It especially concerns the relations between Russian and Ukrainian diasporas, inciting hatred between them can have unpredictable consequences.

That is why we appeal to the government of Cyprus to condemn this event and to comment on their attitude to this action and the possibility of its occurrence.

We also request to take into consideration the official position of Cyprus:

Cyprus supported the resolution of the General Assembly of the UNO ES-11/1 on March,2, 2022 which condemned the aggressive war unleashed by Russian Federation. Besides Cyprus supports the official position of EU which condemns the war in Ukraine— https://ec.europa.eu/commission/presscorner/detail/en/STATEMENT_22_1321

The president of Cyprus statement:

We also ask you to pay attention to the aggressive rhetoric of the ambassador of RF in Cyprus: