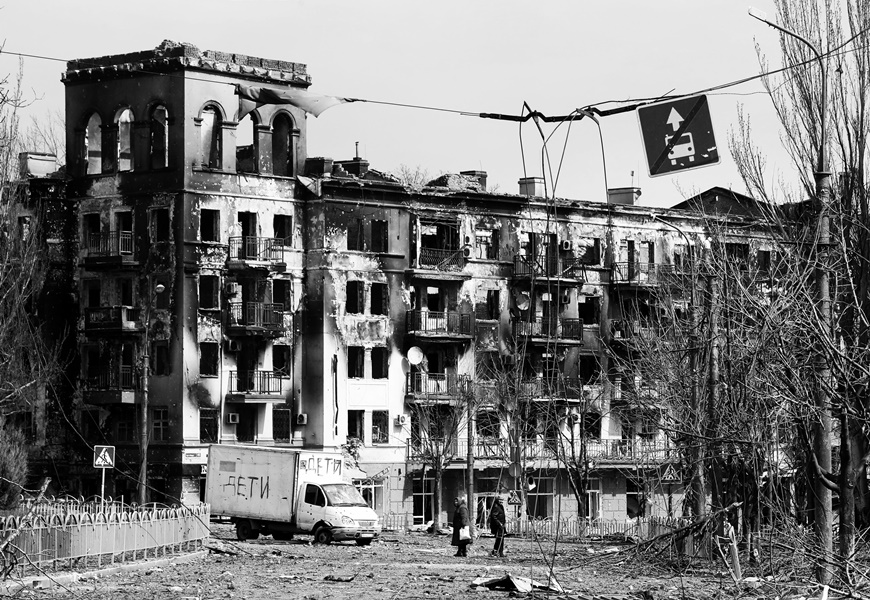 Mariupol, the largest city on the coast of the Sea of ​​Azov, has been besieged by Russian forces since March 1. Since early April, most of it has been controlled by the self-proclaimed “Donetsk People’s Republic” and the armed forces of the Russian Federation. Since the onset of Russian invasion, the city has been subjected to massive shelling and airstrikes, and it’s civilians who suffer the most.

In early March, Mariupol electricity, water, and heat supplies were severed in the area, while mobile communications were also down. Most civilians were forced out of their apartments to basements and bomb shelters, where they remain to try to stay alive.

People who were lucky to evacuate spoke about what is happening in one of the hottest spots in Ukraine.

Field kitchen out in the city

After the city was de-energized, while gas and water supplies were also down, the locals set up a field kitchen. By the basement or other shelter, at around 6 a.m., they would light a fire to cook food and heat water throughout the day.

“Our neighbors, who stayed in the bomb shelter with us, got a pair of barbecue grills somewhere and got the fire going. Up until we left, we had been cooking food there. At that time, there were about 90-100 people sheltering in that place,” said Inna, a Mariupol resident. 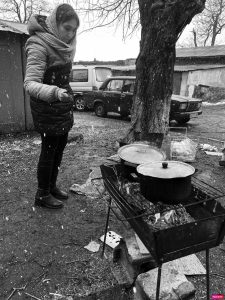 Very soon, their food stocks began to dry up, and there was nowhere to buy more. Inna said they went out for groceries only once, when someone was selling leftover vegetables and fruits at a local market. But the next day the market was destroyed in an enemy strike.

First of all, we would feed kids, women, and the elderly, and only then did the men eat.

“At first we would bring food leftovers from home and didn’t eat much to make sure we had some left for longer. But when people ran out of food, looting started. At the same time, we had access to water because next to the Palace of Culture, where we took refuge, there is a natural spring,” explained Anton, a student who came to town from Kyiv on February 22 to visit his family.

Other locals were less fortunate. According to Olena, her friends would drain water from the central heating system to use it for cooking. As long as the streets were covered in snow, they would collect it bowls.

The people whose houses withstood bombardments and shelling initially lived in their apartments, but they also went down to warmer basements as soon as the city was hit by a sudden cold snap.

“Somewhere after March 9, the temperature in our apartment dropped to 3-6 degrees Celsius. It was warmer in the shelter – about 10-12 degrees. We slept fully dressed, sporting three sweaters, lying under two blankets. It was an issue to keep ourselves warm by drinking tea as water took nearly 40 minutes to boil in a small pot on an open fire,” Inna noted. 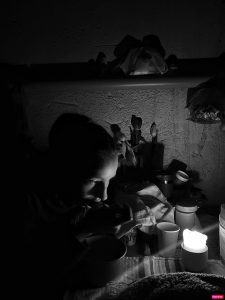 But cooking by the fire was becoming more and more dangerous after airstrikes began. Inna said that as soon as they heard the rumble of an approaching warplane, they would rush back to their shelter. When the noise of explosions subsided, they would go back up and go on with their cooking.

According to local inhabitants, shelling never stopped for an hour, and most often, it was residential buildings and schools that were affected.

The school where Olena was sheltering was first hit on February 26. Then the strike damaged the building only partially, so the locals remained in the basement of the educational facility. But on March 9, the school was again mortared and a fire broke out in the building. On this day, Olena’s husband and daughter were at home, while the woman remained in the shelter.

“As mortar shells started hitting the school, my husband was watching this unfold from across a football pitch (that’s close to Olena’s apartment block — ed.). He just dropped to his knees and wept, and his daughter wept, too. They just watched the building ablaze, knowing they could do nothing to help. I was walking out of our basement, carrying a dog and a sleeping bag. It was then that I realized that my life is worth nothing,” Olena said, adding that in 20 minutes, the school was shelled, again. 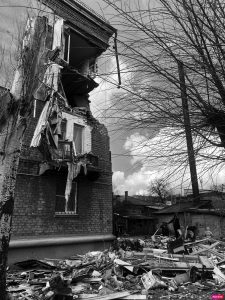 It should be noted that due to the destroyed infrastructure and ongoing active hostilities, emergency and rescue teams are unable to do their job so Mariupol residents are forced to put out fires on their own. When the shell hit Anton’s apartment, he and his family were in a shelter at the Palace of Culture.

“Neighbors came running to us, telling us our apartment was on fire. There was a cat inside, all our belongings also there, so I ran to put out the fire. The guys from neighboring houses (teenagers 14 to 17 years of age) and I soaked our clothes in sewer water and put them on before getting inside and pouring water on the flames from the inside. Later, someone brought us gas masks, after which everything went smoothly,” Anton explained.

According to the local man, their apartment was completely destroyed, but had they not contained the fire, it would have spread to the entire apartment block, affecting other people. 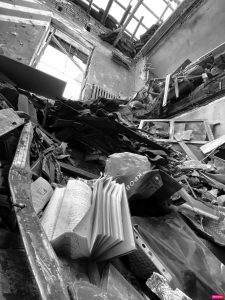 “But the most terrifying thing is air strikes as everything is destroyed in the place of impact,” Viktoria added.

But air raids and artillery shelling are not the only threat to the city. Local residents are constantly at risk of being shot or raped. The Russian military could attack people on their way to a store or pharmacy, and they could also break into locals’ apartments. 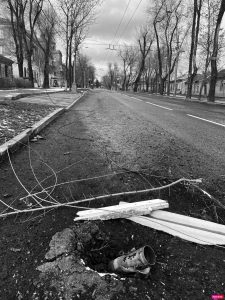 “A friend’s father-in-law went out to a pharmacy and never returned. Her husband went out a day later to find his father and found his body outside the pharmacy. We tried all the time to just sit quietly in our basement, keeping our voices down, especially in the late afternoon,” Olena explained.

The woman said that three weeks ago, her mother-in-law buried her mother right in the backyard. The old woman was killed by the Russian military

“My uncle was in outside helping others to bury three bodies. He said that the corpses had been lying out in the street for days as they were unable to dig graves in low temperatures,” she added.

Another resident of Mariupol, Tetiana, said that the Chechens would break into apartments, searching for women under 40 years old. At that time, she hid her daughter, 18, in the basement of a nine-story apartment blocks and prayed for them not to find her so that she could survive.

“It was very scary to lie to them, at gun point. It was suggested to my neighbor that he just turn his back while the soldiers will have fun with his wife and daughter. After he refused, they hurled a grenade at them. Ten apartments burned down in 15 minutes,” Tetiana said, sharing her account. 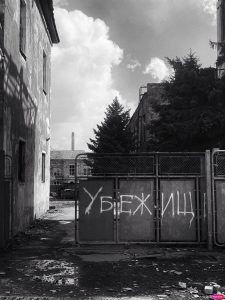 According to Ombudsperson Liudmyla Denisova, recently the occupiers have begun to “clean the city up” from the bodies of killed civilians, burning them in mobile crematoria.

Mariupol Mayor Vadym Boychenko said that until March 21, utility workers had been recording murders committed by the Russian military. At that time, the official death toll was about 5,000. In addition, thousands of victims of enemy artillery or air strikes remained lying on city streets. The exact number of bodies is now impossible to calculate, according to Boychenko.

Before the war was unleashed, there were almost 500,000 people living in the city. Approximately 260,000 residents were able to flee town to the government-controlled areas, while another 70,000 are awaiting evacuation. Also, the mayor says nearly 40,000 people were forcibly deported by the Russian occupation forces to the so-called “DPR” and Russia. According to his estimates, about 120,000 citizens remain in the city.