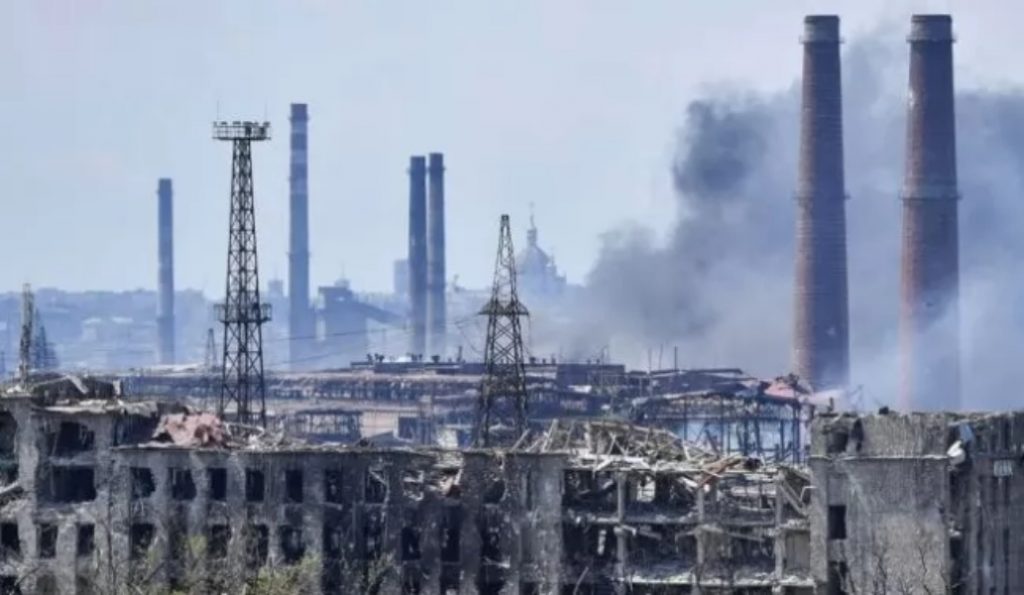 President of Ukraine Volodymyr Zelensky urged citizens not to ignore air raid alerts on May 7-9. At this time, Ukraine expects an increase in the number of attacks by Russia, as May 9 is a sacred date for the aggressor country.

Lisa Chernyshenko, a 15-year-old girl, received shrapenl wounds to her legs as a result of the shelling by Russian troops. Despite the serious injuries, she took herself and four adults out of the fire, driving almost 30 kilometers in a car along a mined road. Lisa tells her story in detail in the video.

In the Bohodukhiv district of the Kharkiv region, the National Museum of Hryhoriy Skovoroda was destroyed as a result of a direct hit by a Russian missile. The shelling took place on the night of May 7. An employee of the museum was injured. The photo with the consequences of the destruction was published by the head of the Kharkiv RMA Oleh Synegubov.

Russian troops launched a missile strike on the town of Karlivka in the Poltava region and hit an infrastructure facility. There are no casualties among ciivlians. Firefighters put out the fire caused by the missile.

Russia’s losses in the war against Ukraine exceeded 25,000 dead servicemen. The statistics was reported by the General Staff of the Armed Forces of Ukraine.

Russian troops launched a missile strike on the city of Krasnograd in the Kharkiv region. Tentatively, there are no casualties.

As a result of its investigation, Amnesty International has gathered evidence of crimes committed by the Russian military against civilians in the Kyiv region. “We call on the Russian armed forces to stand trial for a number of war crimes committed in the area northwest of Kyiv.” the message published by the organization reads.

UN World Food Program Executive Director David Beasley called for the unblocking of Odesa region’s ports to ensure that Ukrainian food is delivered to those in need. According to him, if this is not done immediately, the Ukrainian agricultural sector will collapse, and the world community will starve.

In the morning, Russian troops launched a missile attack on the lyceum in Konstantynivka, killing two persons.

As a result of the attack, a fire broke out on the territory of the Konstantynivsky Professional Construction Lyceum in the Donetsk region. Nine injured and two dead were found during removal of the rubble.

Emergency and rescue works continue, according to the SESU.

The Russian troops launched four cruise missile attacks on Odesa region, no one was injured, according to the Odesa RMA.

Sumy region was shelled from aircraft.

In the afternoon, the missiles hit the territory of Myropil and Khotyn communities, Dmytro Zhyvytskyi reports. A man was injured as a result of the shelling.

The other two missiles hit the runway of the airport.

For example, in the village of Chernihivka, the invaders want to take away land of the local population. The residents are forced to fill out a form by May 8, stating how much land the owners have and how much they rent.

The attack happened at a time when the enemy drone was trying to collect information on the location of civilian and military infrastructure in southern Ukraine.

This type of drone is an expensive aircraft, valued at more than $7 million.

The President’s order has been executed: all women, children and the elderly have been evacuated from Azovstal. This part of the Mariupol humanitarian operation has been completed.

As a result of the shelling of Pryvillya, Luhansk region, two children died – boys aged 11 and 14.

Also, a woman and two other children were seriously injured, according to the head of Luhansk RMA Serhiy Haidai

Energoatom reports that one flask stolen by Russians from the Chernobyl nuclear power plant, which contained a radioactive substance, was found in Bucha.

A local resident found it in his own house after the invaders had stayed there.

The radiation background of the flask, which contained mercury, significantly exceeded the norm – it was transferred to the enterprise dealing with the disposal of hazardous substances.

The invaders dropped an aerial bomb on a school in the village of Bilohorivka, near Lysychansk.

There were around 90 people in the school. Nearly 30 people have been rescued from the rubble.

“After hitting the club, the basement of the school was the only place of salvation, but the Russians took away this chance from the people,” – wrote the head of the Luhansk RMA Serhiy Haidai.