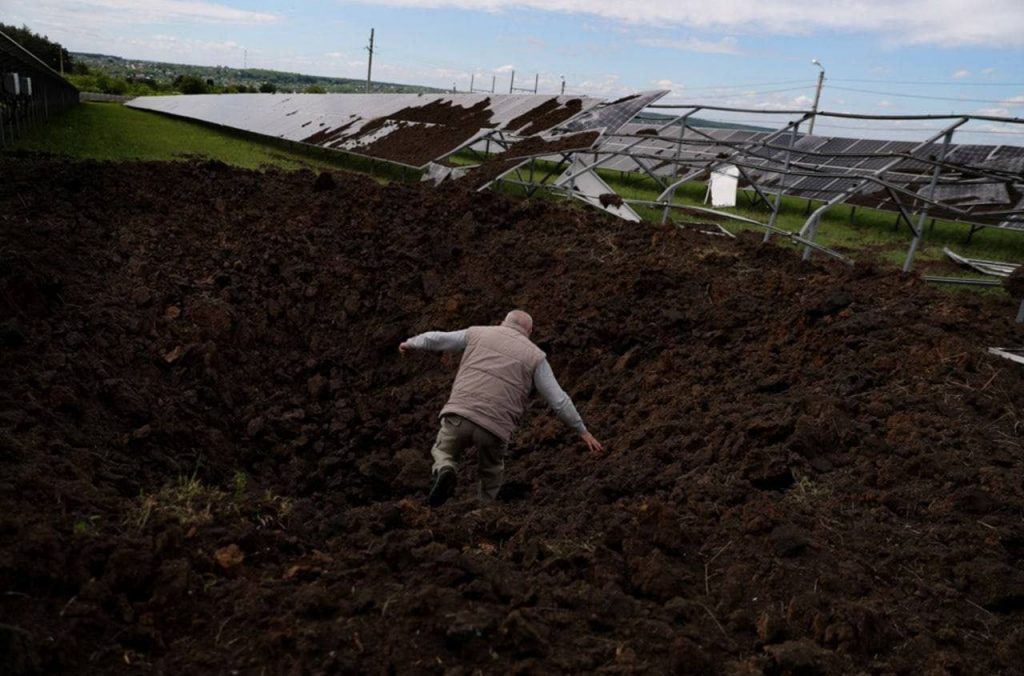 The region head Haiday informed that the evacuation from close vicinity to the front line was organized with the assistance of Volyn volunteers. 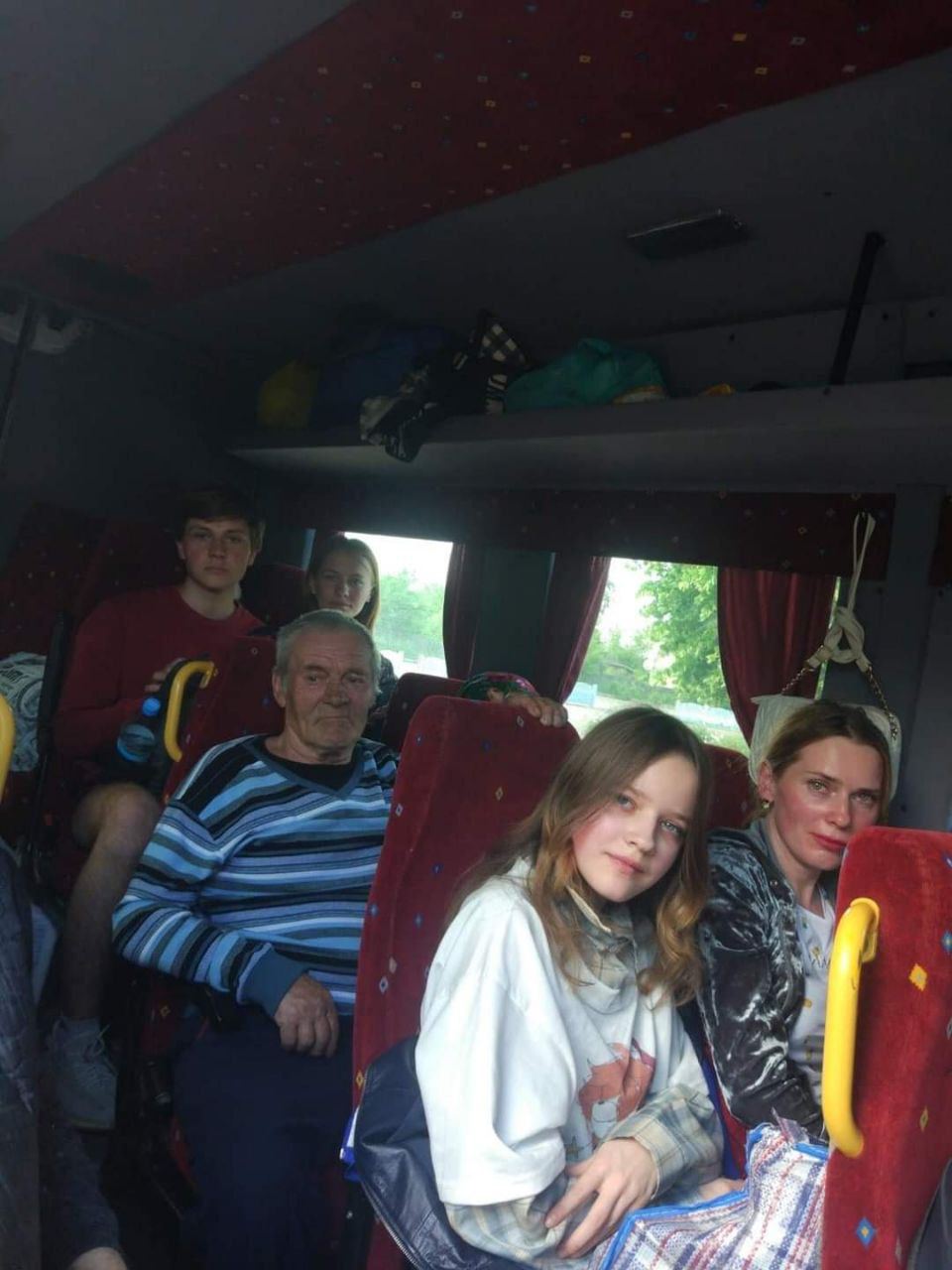 During the day the SSES de-miners have defused 871 explosives.

In the morning the occupants shelled the pre-border area in the Sumy region – 20 blasts were registered around Boiaro-Lezhachiv, the shells came from the Russian territory.

OC North informed that neither servicemen nor equipment suffered any losses.

In the morning Russian troops shelled the residential area in Mykolaiv.

According to preliminary information provided by the city mayor Senkevych there are human victims.

The Russians have shelled solar power plant in the Kharkiv region

“Today’s night we witnessed two shellings with Iskander missiles from Belgorod direction in Russia. This is a peaceful facility. We have military infrastructure on our territory. Only photovoltaic equipment”, Ronchakovsky specified.

The PVP plant is critically damaged as a result of this shelling. 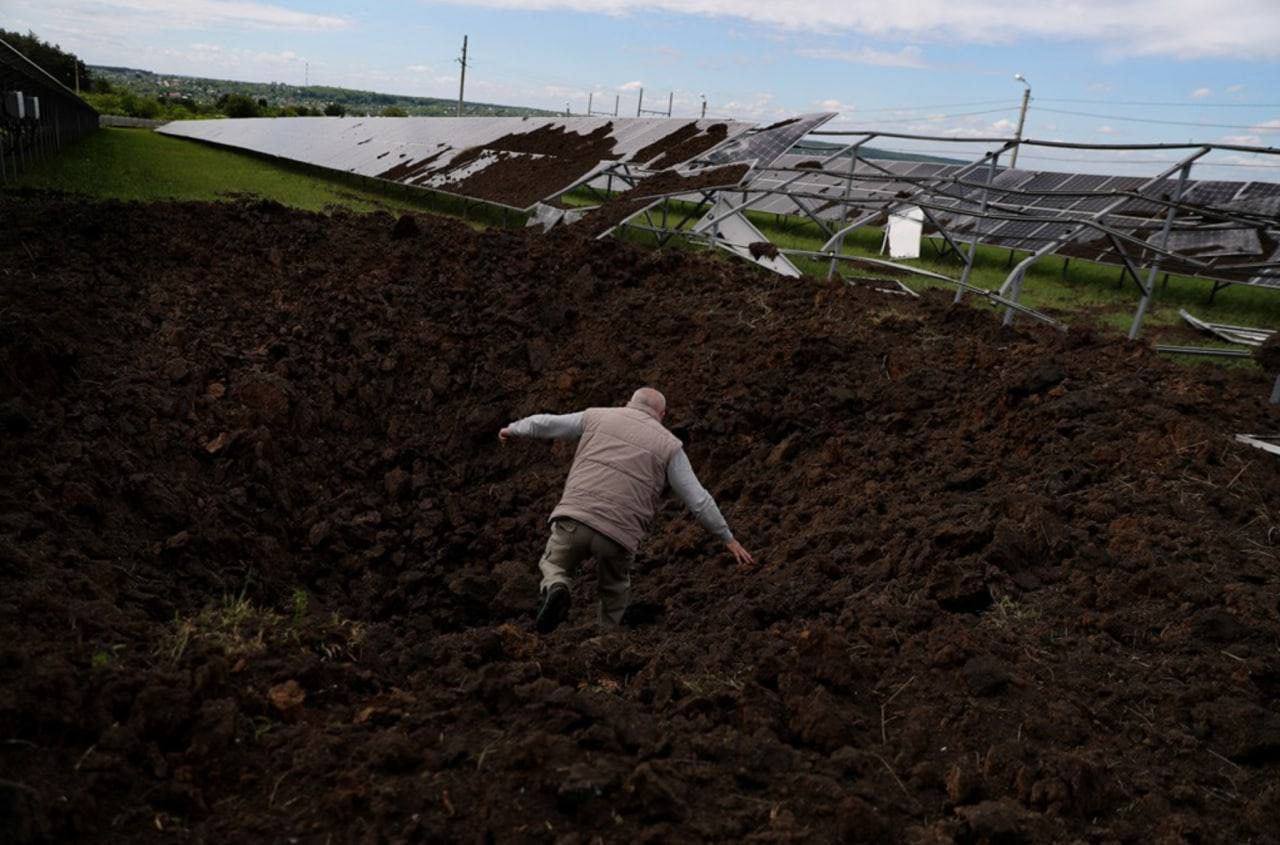 For two days now the Russian looters have been shipping the stolen Ukrainian rolled metal products on ships in the seaport of temporarily occupied Mariupol.

On May 28 Russian cargo vessel of the river-sea, PM3 Slavutych type entered the port area under the Russian flag (Rostov-on-Don subscription port). The vessel was escorted by the Russian military.

This is now the second day in a row that it is being shipped with Ukrainian rolled-metal products. The preliminary destination port of the cargo is Rostov-on-Don. 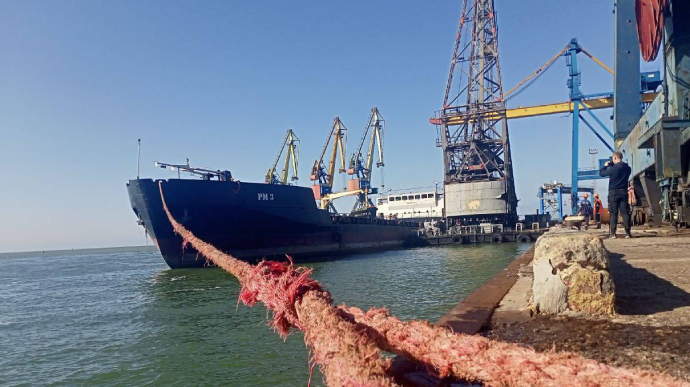 In the occupied Melitopol in the Zaporizhia region, patriotic action took place on Sunday.

The observers reported about Ukrainian patriots sang Ukrainian Anthem in the city garden. In a photo, one can see several dozens of people with amateur picket signs, flags and yellow-and-blue ribbons. Some days ago Ukrainian partisans invited the residents to a pro-Ukrainian rally organized by the Yellow Ribbon movement on May 29th. 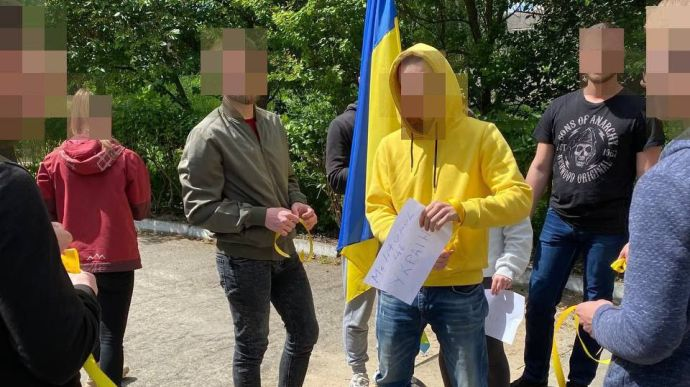 As a result of the morning shelling of Mykolaiv, one person died.

The city Mayor Olexander Senkevych informed that three multi storeyed buildings were damaged (some 300 widows were cracked, external walls damaged and home appliances destroyed). As of 4 pm, one person has died and two others are injured. 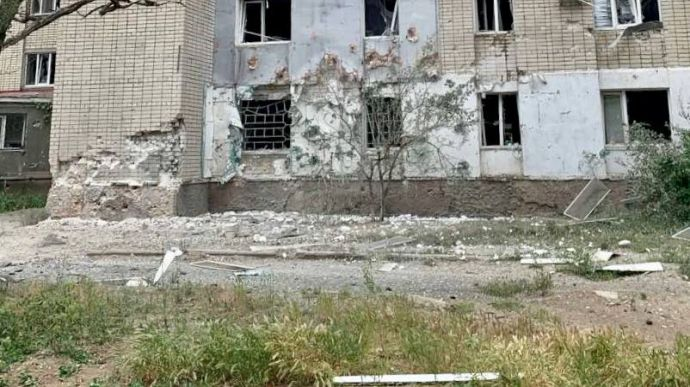 In the Donetsk region, 115 miners remain in a mine underground because of the electricity interruption.

Pavlo Kyrylenko, Head of the Donetsk Oblast State Administration: “115 miners in Toretsk remained underground: 112 at the Tsentralna mine and 3 at the Toretska mine. The administration takes measures to rescue the trapped miners.”

The Russians terrorize pre-border areas in Chernihiv and Sumy region with shellings.

The State Border Service of Ukraine informs that the occupants within a day have shelled Chernihiv and Sumy regions 10 times from the Russian territory. 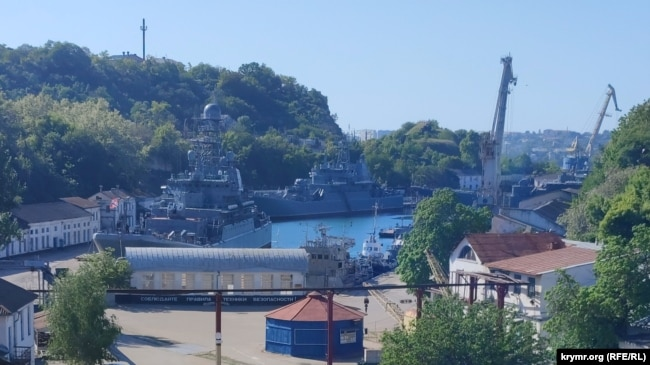 In the Sloviansk direction, the enemy had attacked Pasika and Bohorodychne with the support of artillery without any success and retreated to the preliminary occupied positions. Several times they shelled Velyka Komyshuvakha, Dovhenke and Virnopilla from mortars.

The occupants actively attacked in the Severodonetsk, Bakhmut and Kurakhiv directions. The major goal of the enemies was to encircle Ukrainian troops between Lysychansk and Severodonetsk and to block the main logistics routes.