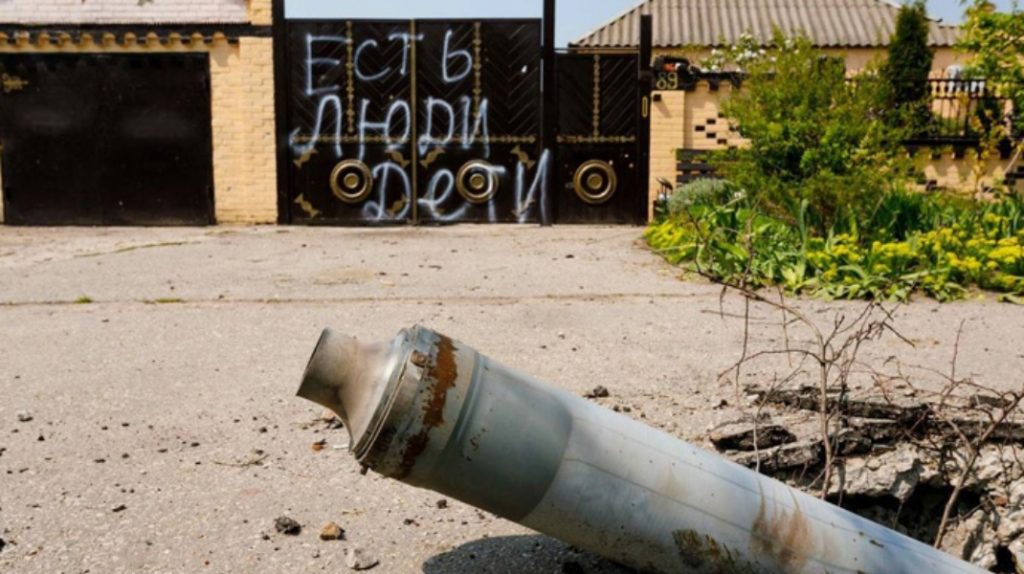 In Zaporizhia, Russian invaders have brought an echelon of obsolete T-62 tanks to Melitopol, as well as 30 pieces of equipment to the village of Kirillovka. According to local residents, there are APCs at almost every intersection.

There is a possibility that Kirillov rest bases could become a haven for occupiers and as a result suffer looting, as was the case in Berdyansk.

The enemy is storming the defences near the village of. Ustinovka, destroying this village and the nearby town of Lysychansk – Luhansk OVA with artillery.

As a result, two people were killed in Ustynivka and one in Lysychansk itself. Destruction included multi-storey buildings, private houses, an enterprise building and a cultural centre.

In occupied Mariupol, the Russians have extended the school year until the end of the summer to prepare schools according to the Russian programme. The main purpose of this, according to Mariupol city mayor’s adviser Petro Andryushchenko, is de-Ukrainianization.

The Russians are forming the third line of defence in the occupied territories of southern Ukraine – the GUR.

The grouping deployed by the rf includes air and sea components in addition to ground forces. This may indicate that “the rf wants to stay for a long time,” said Vadim Skibitsky, a spokesman for the GUR.

Russia abducts Ukrainian children to destroy the nation – statement by Sergei Dvornik, advisor to the Permanent Mission of Ukraine to the UN.

“The kidnapping of at least 230,000 Ukrainian children among the 1.4 million Ukrainian citizens forcibly deported to Russia is a crime aimed at destroying the Ukrainian nation by depriving its young generations, a modern manifestation of colonialism,” the statement said.

There is an informal agreement between NATO countries not to supply aircraft and tanks to Ukraine. German media interlocutors say NATO countries, despite their support for Ukraine, are keen to prevent a direct confrontation between the Alliance and Russia, so they refuse to supply Kiev with certain types of weapons.

Lithuanian law enforcers have joined prosecutors of the Specialised Prosecutor’s Office for Military and Defence of the Joint Forces in collecting evidence of Russian Federation crimes in Ukraine.

Turkey mediates talks between Russia and Ukraine to unblock Ukrainian ports for grain exports to other countries around the world.

The Verkhovna Rada has registered a draft law amending some laws on Ukraine’s sanctions policy against Belarus. It provides for the seizure of property of Belarus and its residents.

Deputy Defense Minister Anna Malyar said that the Russians are storming Ukrainian positions simultaneously in several directions, the situation tends to escalate, the intensity of fighting is growing.

“Hitler in 1942, like Putin, now has hope for a happy, if not victorious, outcome of the war. That hope is diplomatic,” said Russian historian Andrei Zubov. Putin’s idea is to split Western democracies.

Russian troops in the south tried to bypass AFU positions towards Nikolaev with a reinforced platoon, supported by 2 tanks and 3 BMPs. However, they sent Mi-8 helicopters against them, which eliminated up to 7 occupants and brought up one BMP. Having received a strong repulse, the enemy retreated to their defensive lines.

In the Mykolaiv region workers of the State Bureau of Investigation have seized 188 wagons with mineral fertilizers belonging to a Belarusian company. The value of this property together with the Belarusian wagons is about $20 million, according to the press service of the DBR.

The AFU General Staff reports that the occupants are overturning reserves in the Donetsk direction.