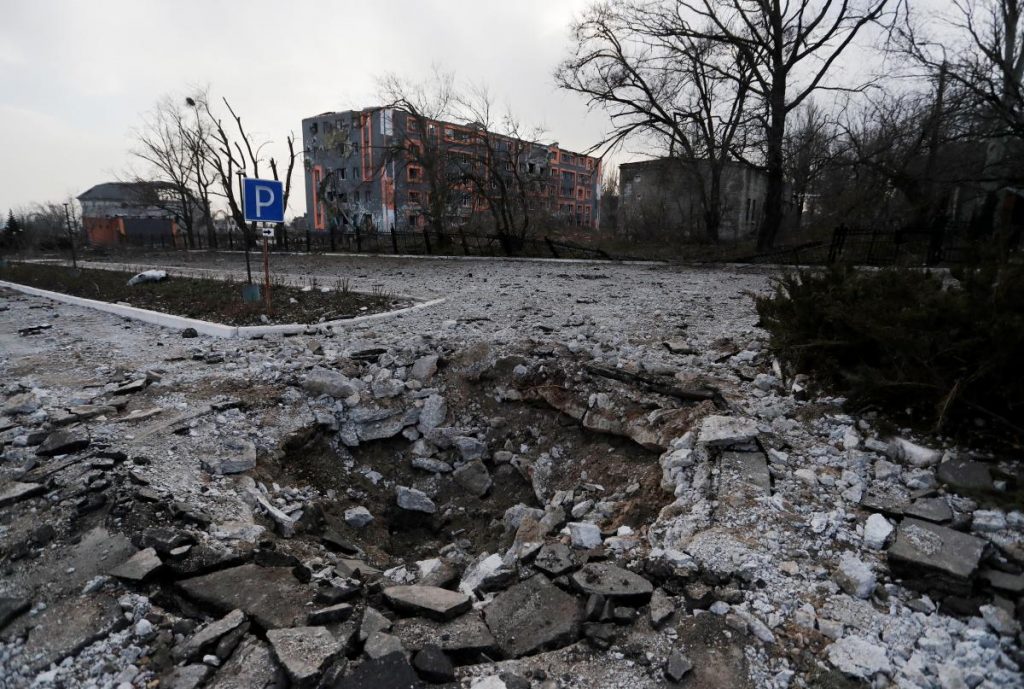 Artemsil, DP – Europe’s largest salt mining company, has suspended operations due to hostilities. The company’s capacities have been partially damaged due to constant shelling, but no personnel have been killed. Consumers abroad will also be affected by the shutdown of the Artemsil, DP. Among the plant’s regular customers are Hungary, Poland, Georgia, Moldova, Azerbaijan and Romania, the director of the enterprise said.

The Prosecutors` General Office of Ukraine has identified the Russian military servant who gave orders to shell peaceful villages in the Kharkiv region. This is Serhiy Viktorovych Maksimov – commander of the 138th separate motor rifle brigade of the 6th Combined Arms Army of the Western Military District of the Russian Federation. On March 26, this Russian commander ordered his subordinates to use a heavy flamethrower system TOS-1 Buratino on the residential areas of the Mala Rogan and Vilkhivka settlements.

Over the past 24 hours, the occupation troops shelled settlements in the region of Luhansk 42 times. There are civilian casualties.

The Russians carried out 14 strikes in the Donetsk region overnight. Forty civilian facilities were damaged. There are dead and wounded.

In three months of full-scale war, Russia has seized 125,000 kilometers of Ukrainian territory, damaged $100 billion worth of infrastructure and killed nearly 4,000 civilians. Data according to the Forbes study.

The Russians have concentrated almost all their forces, namely 25 battalion tactical groups, to take the city of Severodonetsk. There are fights in the suburbs. Severodonetsk is under the complete control of the Ukrainian authorities, but it is challenging to evacuate civilians.

Turkey initiates the creation of a humanitarian corridor in Ukraine to evacuate sick and injured from the regions of hostilities.

On 23 May, occupiers hit the civilian infrastructure of and the village of Huliaipole and Poltavka in Polohivsky district, Zaporizhzhia region. In Huliaipole, the premises of a local printing house were damaged. In addition, the occupants hit the garage premises of a service station with a shell. In the village of Poltavka, private houses of local residents were destroyed: windows and doors were broken and roofs of houses were damaged. There is no information about casualties.

The turning point in the war will be in August, and the active phase will be over by the end of the year, – the head of the State Intelligence Service Kyrylo Budanov.

The Ukrainian intelligence leader said that there would no be the quantity of weapons needed by Ukrainian troops till August. He also suggested that the Ukrainian Armed Forces should enter the territory of occupied Crimea by the end of the year.

About 200 bodies with a high degree of decomposition were found in Mariupol during the removal of the rubble of a multi-storey building.

The enemy shelled one of Europe’s largest chemical plants, the Severodonetsk Azot Association, in the morning. Four people were killed as a result.

The density and quantity of shelling in Luhansk Region is increasing every day. Russia’s troops are all focused on capturing Severodonetsk and Lysychansk.

Dense enemy shelling continues in Lyman, Donetsk region, there are dead and many injured local civilians. There probably remain 7-8 thousand people left in the city, but due to the heavy shelling there is no possibility to evacuate them yet.

The Ukrainian authorities confirmed that russian troops have occupied the town of Svitlodarsk. The town is home to one of Ukraine’s largest thermal power plants, Uglegorska, which supplies around 10% of the country’s electricity needs. The Armed Forces of Ukraine units still control the TPP itself, only the town is under Russian control at the moment.

The Security Service of Ukraine has identified eight more rashists who committed atrocities in Kyiv Region. They are suspected of killing civilians, shelling and burning residential buildings, torturing and keeping people in basements without food and water. Among them are five Russian servicemen and three Wagner PMC fighters.

82% of Ukrainians are not ready for territorial concessions to end the war. At the same time, one in ten of those polled believes that Ukraine can give up some territories in order to achieve peace and preserve its independence. A new survey by the Kyiv International Institute of Sociology shows this.

The Rashists have carried out air strikes on civilian infrastructure in the settlements of Kramatorsk, Lyman and Sloviansk. Supported by artillery and aviation, they are advancing in the direction of Lyman. The Ukrainian Armed Forces hold the defence.

The enemy shelled the border territories of Sumy region again.

There were 7 mortar attacks from Russian territory towards the village of Boyaro Lezhachi. Also 8 explosions were recorded near the village of Tovstodubove.

Zelensky stressed that until Russia is forced out of the territories it seized after February 24, there can be no negotiations with Moscow.

“We will return the territories that were seized (by the occupants – ed.) after 24 February, and then we will return to the negotiating table with Russia,” the president said.