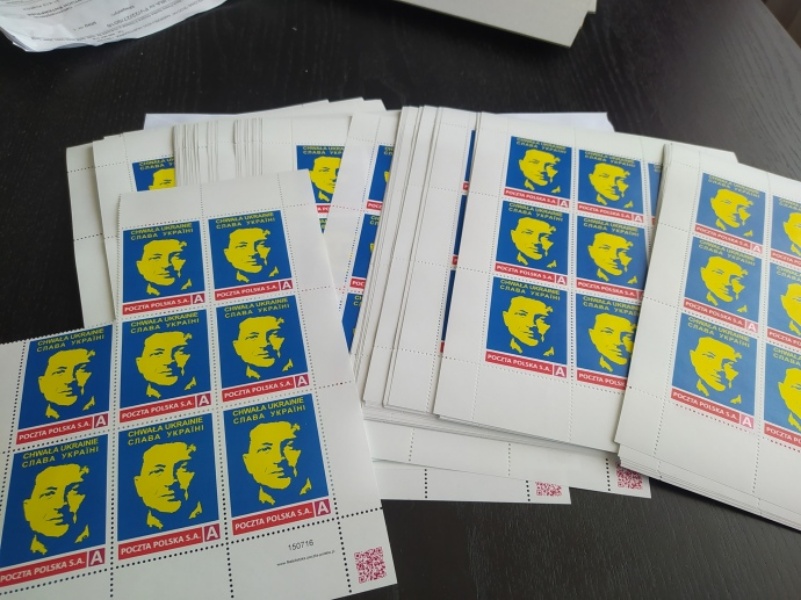 Serhiy Volynskyi, the commander of the Ukrainian troops in Mariupol, appealed to Elon Musk. He urged Tesla and SpaceX CEO to help evacuate the Ukrainian fighters trapped in a besieged “Azovstal” plant to a mediating country.

“People say you come from another planet to teach people to believe in the impossible. Our planets are next to each other, as I live where it is nearly impossible to survive.”

Cell connections and the Internet are disappearing in the temporarily occupied Kherson region again. Regional Council deputy Serhiy Khlan reported that the Russians are deliberately blocking people’s access to news and communication with each other.

“They can impose their “achievements” only in an information vacuum! But now the Ukrainian Security Service, together with mobile operators, are working to restore the signal; this plan of the occupiers will also collapse,” he noted.

Russia is trying to jam GPS signals, and its behavior in space is becoming “increasingly hostile,” said the head of the U.S. Space Command, General James Dickinson.

Earlier, the Pentagon warned that Russia was interfering with GPS signals in Ukraine and blocking the GPS used by civilian aircraft along its borders with Finland. The Russian Federation is not attacking the satellites, but the U.S. is also monitoring that possibility.

Dickinson said attacks on GPS are already “part of everyday life for people and nations worldwide.

As of May 10, the total amount of direct documented damage to Ukraine’s infrastructure already amounted to more than $94.3 billion.

The total losses of Ukraine’s economy due to the war range from $564 billion to $600 billion. These are both direct and indirect losses – a decline in GDP, disinvestments, an outflow of labor, and additional spending on defense and social support

Russian troops continue fighting in the occupied frontier of the Mykolaiv and Kherson regions. But Ukrainian fighters are not allowing them to attack or advance, reports the Operational Command South.

On May 11, Ukrainian troops destroyed 23 Russian soldiers with rocket and artillery weapons and hit two tanks and two Russian infantry fighting vehicles. In addition, an enemy ammunition depot in Kherson Region was destroyed.

Lithuanian Minister of Transport and Communications Marius Skuodis said that there were only two viable ways to export grain from Ukraine: to unblock Ukrainian ports with the help of international institutions (the UN or the European Commission) or create a humanitarian freight corridor through Belarus.

04:35
Russian-backed separatists in the unrecognized eastern republics in the Donetsk and Luhansk regions announced the blocking of Instagram and Facebook.

Elon Musk revealed that the Russians are trying to jam the SpaceX Starlink satellite network. “Starlink has fought off all Russian hacking and jamming attempts, but they are stepping up their efforts,” he wrote.

On May 11, Russian troops shelled a tractor working in a field during an air raid in the Kharkiv region. The 26-year-old driver of the farm equipment sustained severe wounds to both legs and was taken to the hospital.

Russian troops have committed 231 environmental crimes on the territory of Ukraine and in the Black Sea. The largest number of incidents of ecocide was detected in the Kyiv region – 34, Donetsk region – 27, and Dnipropetrovsk region – 22.

There are almost no surviving vital infrastructure objects in the Luhansk region – the Russians are destroying everything in their path, points out the local governor Serhii Haidai. The vast majority of critical infrastructure will have to be built from scratch.

He says that some power lines can be repaired, but because of the constant shelling, it is not possible. Now there is no power supply in the whole region – electric generators are the only power sources. There is no centralized water supply either.

The Russians carried out several airstrikes on the town of Novhorod-Siversky in the Chernihiv region overnight. The Chernihiv Military Administration reported deaths and damage to the buildings. The rockets hit two schools.

Several administrative buildings were also damaged: district administration, the hostel of the medical college dormitory, store, and private houses near the epicenter of the explosions.

The occupiers shelled a village in the Sumy region in the morning: one person was killed, the head of the regional military administration said.

The pro-Ukrainian sentiment is gaining momentum in Crimea. Russian Federal Security Service officers are stepping up repressive activities against the peninsula residents, including detaining activists and hunting down Ukrainian partisans.

The European Commission President Ursula von der Leyen said that Russia is the most direct threat to the world order.

The Verkhovna Rada of Ukraine has approved the presidential decree allowing the seizure of property belonging to Russia or its citizens.

Russia cannot fully restore the combat effectiveness of the units that have withdrawn after the fighting with the Ukrainian Armed Forces. The units are being resupplied with equipment and weapons that date back to the 1960s.

The Verkhovna Rada of Ukraine has adopted a law on labor relations under martial law. The law defines additional grounds for the dismissal of employees, the concept of combining jobs (working two or more jobs), and the possibility of communication in electronic form.

CNN, published satellite images of a tanker with Ukrainian grain stolen by Russians from the temporarily occupied lands. The ship arrived in the Syrian port of Latakia on May 5.

Petro Andriuschenko, the adviser to the Mariupol mayor, claims that Russia is planning to hold a sham referendum in Mariupol to join the Russian Federation.

The Russians have once again shelled the Kremenchuk oil refinery, located along the Dnipro river.

Germany’s largest insurance company Allianz SE is highly likely to leave the Russian market. Analysts said that the net profit could take a hit of between 400 million euros ($417.44 million) and 500 million euros from the discontinuation of its Russian insurance subsidiaries.

The likelihood of a Russian sea landing to take Odesa is still low. The reasons are the lack of cover from the land and the lack of air defense and missile defense.

The European Commission has developed a plan to help export Ukrainian grain, Deutsche Welle reports. Ursula von der Leyen, the European Commission President, said that Ukraine now stores about 40 million tons of grain, half of which must be exported by the end of July. There is a possibility of combining European transport operators and Ukrainian exporters on a special platform.

Verkhovna Rada has registered a bill that bans pro-Russian parties from running for the next convocation of Parliament.

The Ukrainian Armed Forces shot down a Russian Mi-24 helicopter in the Luhansk region. The helicopter was shot from a Stinger man-portable air defense system.

The Azov regiment reports that they are storming Russian positions in Mariupol despite the significant number of wounded, lack of ammunition, and difficult tactical situation.

The head of the central Ukrainian Kryvyi Rih Military Administration, Oleksandr Vilkul, said that Russian forces shelled a convoy of refugees with artillery. The Russians gathered them in the morning, held about a thousand cars under the scorching sun, and began letting them out only in the afternoon in batches of 200 cars each to cover the movement of their own military equipment. At 16:00, the Russians cowardly shelled the peaceful convoy, which was already in the Ukraine-controlled territory.