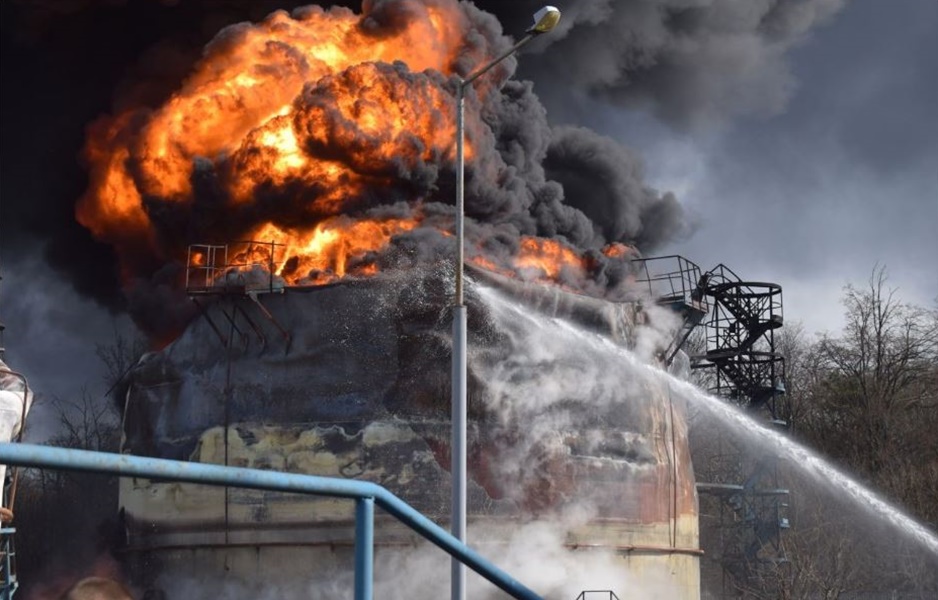 According to the Center for Countering Disinformation, the occupiers have once again begun shelling captured settlements to discredit the Armed Forces of Ukraine in the eyes of residents. Before the shelling, the Russians warned people that the Ukrainian military had planned an offensive.

” So long as Putin continues his war, so long as Russian forces continue to bombard Ukrainian cities and block aid convoys, so long as besieged civilians are unable to get to safety, this humanitarian crisis will only get worse,” Sherman believes.

U.S. President Joe Biden will agree to a meeting with Putin only if Moscow agrees to de-escalate the situation in Ukraine, White House communications director Kate Bedingfield said, The Guardian reports.

According to her, the possibility of a meeting depends on what exactly Putin wants to talk to Biden about. It also requires certain assurances from Russia beforehand.

«We have been very clear and President Biden has been very clear that there needs to be tangible de-escalation from Russia and a clear, genuine commitment to diplomacy before the President would have that kind of conversation,” said Bedingfield.

The Russians shelled the EU Advisory Mission Field office in Mariupol, said European Union High Representative for Foreign Affairs and Security Policy Josep Borrell. The office and equipment sustained major damage, but none of the Mission’s representatives or contractors were injured.

“We strongly condemn these attacks, as well as any attack targeting civilians and civilian infrastructure. We demand Russia cease its military offensive immediately and unconditionally withdraw all forces and military equipment from the entire territory of Ukraine, as called for by UN General Assembly resolutions and ordered by the International Court of Justice,» Borrell stressed.

On the night of 29-30 March, the invaders shelled Sievierodonetsk, Lysychansk, Rubizhne, Kreminna, and Zolote in the Luhansk region. During the night, six people, residents of Kreminna and Rubizhne, were rescued from under the rubble and fire.

At about 6:30, Russian troops shelled a residential neighborhood in Lysychansk with heavy weapons. Several multi-story buildings have been destroyed, the number of wounded and dead is being determined.

This is all reported by the head of the region, Serhii Haidai.

On the night of March 30, as a result of Russian shelling in the center of Chernihiv, a market and a shopping center were set ablaze, reports «Suspilne» news agency with reference to the State Emergency Service.

Rescuers have been putting out a fire at an oil depot in the Rivne region for the second day in a row. The fire had broken out on the evening of March 28 due to a missile strike. The oil depot was completely destroyed.

Shelling of Lysychansk continues. The head of the Luhansk Regional State Administration said that the Russians had destroyed a kindergarten that had been renovated last year. Information about the victims is being determined.

“We are in desperate need of more rescuers to deal with such a high number of attacks,” Serhii Haidai added.

The Azov Battalion defending Mariupol reported that the occupiers purposefully shelled a building marked with a red cross, indicating the presence of the wounded, civilian population, or humanitarian supplies.

According to the UN, 4 million Ukrainians have already fled Ukraine because of the war. Some 6.5 million people have been displaced within the country. About 13 million people are stranded in the affected areas or unable to leave.

“We are confronted with the realities of a massive humanitarian crisis that is growing by the second,” the UN stressed.

In Kherson, on the morning of March 30, unidentified police officers kidnapped Serhii Chudinovich, a priest of the Ukrainian Orthodox Church.

Serhii Chudinovich is the rector of the Church of the Blessed Virgin Mary in Kherson, a public figure and volunteer.

As a result of the overnight shelling of Chernihiv, Russian invaders damaged a library in the city center, which is located in a historical building of the early 20th century.

The invaders have blocked at least 100 foreign merchant ships in Ukrainian ports. The ships are carrying more than 1,000 sailors who are running out of food supplies, according to ombudsman Lyudmyla Denisova.

These ships are intended to transport grain and other goods and pose no threat to the invader’s military fleet, Denisova writes.

Mykhailo Podolyak, advisor to the head of the presidential office and a member of the Ukrainian delegation to the negotiations with Russia, said that the peace agreement with Russia will be put to a referendum after the withdrawal of Russian troops.

“We will launch referendum proceedings only after the Russian troops leave our territory. That is, their withdrawal to the borders, at least to the positions as of February 23, 2022,” Podolyak said.

Up to 300 civilians killed in Irpin – Irpin mayor, Olexander Markushyn

“As of today, there are no (precise figures – ed.). But when there were active military actions, people were just buried in yards, in parks. I think somewhere around 200-300 people unfortunately died. Many died under the rubble of multi-story and private houses. It takes time. Because we see that 50% of the city and its critical infrastructure is destroyed, and no one has yet dismantled the rubble, and I can guarantee that there are people there,”- said Markushyn.