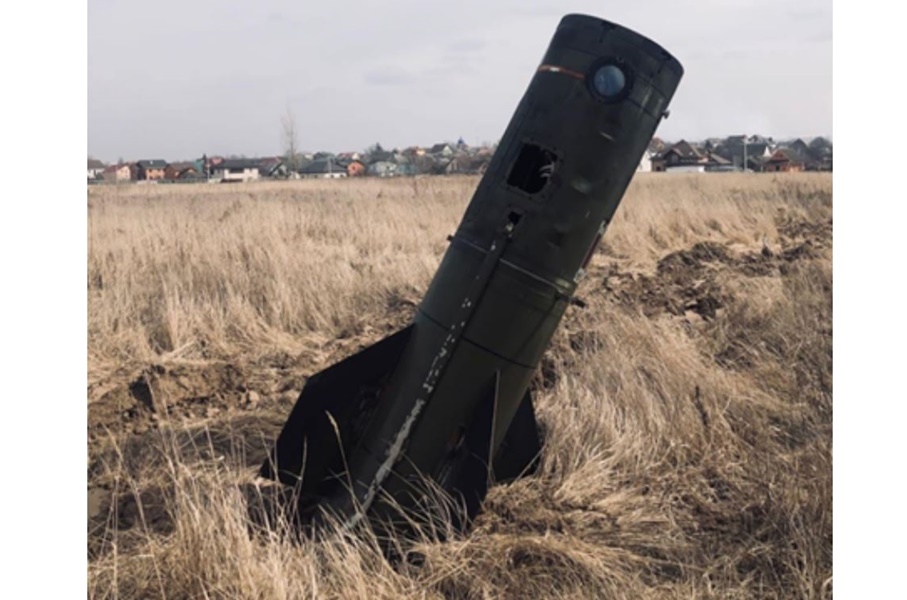 In Slavutych, people gathered at a peaceful protest against Russian occupation. As noted in the City Council, “Slavutych is Ukraine!”

In Melitopol, Russian soldiers force the heads of housing cooperatives to report “where the fascists live.”

“Representatives of the Russian military command in the city gather the heads of homeowners associations and ask them to report on “where the fascists live.” The concept of “fascists” includes everyone who does not agree that Melitopol is Russia, keeps or demonstrates the flag or coat of arms of Ukraine, as well as those who consider the Ukrainian government the only legitimate one, ”says Ivan Arefiev, Speaker of the Zaporozhzhia Regional Military Administration.

The Regional Military Administration also reported that in Berdyansk, pressure from the invaders on people who ensured functioning of the city’s infrastructure and took care of the civilian population continued. At the same time, Ukrainians who are employed at critical infrastructure objects, continue to work and perform their duties even on a volunteer basis.

Russian invaders plan to hold a paid rally in Melitopol in support of the “Russian authorities”, Zaporozhzhia Regional Military Administration reports citing Security Service of Ukraine sources. According to the SSU, participation is compensated with 1,200 rubles. “Demonstrators” will need to hold the flag of Russia and “sincerely” rejoice in front of the video cameras. In the city of Tokmak, Zaporozhzhia region, Russian invaders are planning a full transition to rubles as of April 4.

Russian troops deliberately fire at the food warehouses in Sievierodonetsk because they know where they are located, the Head of the Luhansk Regional Military Administration Serhiy Haidai states in Telegram. At the same time, he assured that there would be no humanitarian catastrophe in the Luhansk region: food products and necessary items are supplied to basements and bomb shelters, people are evacuated to safe regions of the country on a daily basis, and communications are being constantly resumed.

Patrol police officers and rescuers help with delivering food. Yesterday, the rescuers delivered tens of tons of water to Lysychansk and Zolote. They even managed to fuel one of the pumping stations in Rubizhne and partially restored water supply to the city.

In the Sumy region, active hostilities continued in the areas of Konotop, Okhtyrka and Sumy, as head of the Sumy Regional Military Administration announced in his video streaming in Telegram. He added that hostilities in the Trostyanets community, the shelling of the suburbs of Sumy and the bombardment of Okhtyrka continued.

In Mariupol, Russian troops destroyed 90% of the buildings

All roads to Mariupol are closed, Russian troops deny entry even to humanitarian convoys with food, water, and medicine. President of Ukraine Volodymyr Zelensky stated this in his speech during the 20th Doha Forum in Qatar.

“There is nothing. The city is bring bombed and shelled 24 hours a day. 90% of all buildings in Mariupol are destroyed. Thousands of people died,” the President noted.

Zelensky once again stressed the importance of resolving the humanitarian catastrophe in Mariupol. He expressed outrage that Russia has not yet received the slightest tangible punishment for this crime.

“As, by the way, neither it did after the capture of Crimea. And there, Russian repressions are aimed specifically at the Muslim part of local population,” the President emphasized.

According to him, more than one million Muslims live in Ukraine. Four thousand of them remain in besieged by Russian troops Mariupol.

“Ukraine is a country of diversity and peaceful coexistence of ethnic groups and religions. There are more than a million Muslims in our country. Russian missiles and aerial bombs pose a deadly threat to all our people. Only in one of our cities, in Mariupol, which is now blocked by Russian troops, there were about four thousand Muslims. For three weeks now, more than 80 people have been hiding in the Mariupol mosque. Among them are women, children, elderly people,” the Head of the State of Ukraine noted.

In Mariupol, Russian invaders began cleansing of the territory, as they started looking for “Nazis” among the local population.

The Mariupol City Council announced this in Telegram.

“In the western part of Mariupol, which is now under the control of the invaders, cleansing has begun. According to local residents, the Russians began to walk around the apartments of the intact houses and conducted a population census,” the City Council reports.

According to local residents of Mariupol, when no one opens the apartment, the Russian invaders simply break down the doors and conduct searches. They ask residents who the Nazis are here, who served in the Armed Forces of Ukraine, who stands for Ukraine, where the residents’ parents live, and so on.

Russian invaders throw stun grenades at civilians attending a pro-Ukrainian rally in Slavutych. The Mayor of the city of Slavutych, Yuriy Fomichev, was kidnapped by the Russian soldiers.

The Head of the Kyiv Regional Military Administration Oleksandr Pavlyuk announced this in his Telegram.

The SSU intercepted telephone conversation of one of the Russian invaders. In that call, he tells about rape of a woman and a 16-year-old girl in a neighboring village. The invader himself admits in this telephone conversation, that Russian troops kill Ukrainian civilians and commit atrocities.

“Here people are already running wild, they don’t know what to do next: either just fucking fire from RPGs, or fucking shoot from 30 mm caliber weapons. In a nearby village, guys raped an adult woman and a 16-year-old girl.”

Prosecutor General’s Office of Ukraine reports that five civilians were killed in Kharkiv as a result of the shelling by Russian invaders. Criminal proceedings were initiated and an investigation was launched.

“According to the investigation by the Prosecutor General’s Office, on March 25, 2022, soldiers of the Russian Armed Forces carried out artillery attacks on residential buildings in Kharkiv. As a result, 5 civilians were killed, houses and vehicles were damaged.”

“As you can see, the invaders are firing everywhere, at residential areas, civilian infrastructure facilities, apartment buildings. They are cynically exterminating citizens and their homes from “Grad” multiple rocket launchers,” Kyiv region police officer reports.

However, he notes that the final calculations of infrastructure damages will have to be made after the ceasefire and the mine clearance of territories. He added that losses could be estimated at tens of billions of dollars. However, this number is growing every day.

Explosions were heard in Lviv – a missile attack on the city was later confirmed by the city Mayor Andriy Sadovyi. He stressed that no photos should be posted on the Internet.

According to preliminary information, one of the industrial facilities with fuel storages caught fire. 5 people were injured.

The threat of air strikes persists.

Russian troops fired at the Holocaust victims memorial in Kharkiv, Ministry of Defense of Ukraine reports.

In Mariupol, Russian invaders removed doctors and patients from the hospital by force, the Mariupol City Council reports.

It is reported that the staff and patients hiding from the shelling had fallen victims to the Russian occupation forces.

“It is known that there were approximately 700 people on the territory of the hospital. But the exact number of deported Mariupol residents remains unknown. Information is being clarified.”

In Lviv, shelling was heard again. The mayor of the city reports that infrastructure facilities were damaged as a result of the missile attacks. Residential buildings were not damaged. Putting out fires is underway.

On March 26, the invaders shelled Boyarka town in Kyiv region, Kyiv Regional Prosecutor’s Office reports. As a result, 4 civilians were injured, including a child. Infrastructure objects damaged by the Russians include apartment buildings and private houses, garages and other property.

Nuclear research facility called Neutron source, operated by the National Scientific Center “Kharkiv Institute of Physics and Technology“, was shelled again. Currently, the scale of damage to the facility cannot be assessed due to hostilities.

State Nuclear Regulatory Inspectorate of Ukraine commented on the situation.

“Please note that Neutron Source, like any other nuclear facility, is not designed for operation in combat conditions. The continuation of its bombing and/or shelling can lead to severe radiation effects with contamination of nearby areas.”

In the city of Dubno in Rivne region, Russian missiles hit the oil depot. The consequences of the strike are now being determined.