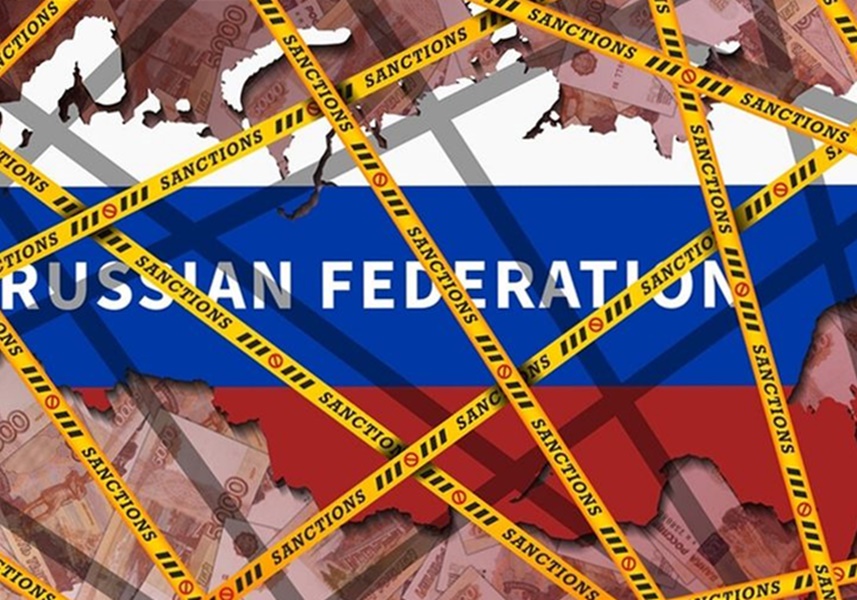 Russian propaganda outlets circulated an Asia Times’ interview of June 6 with U.S. economist Steve Hanke, who promoted the narrative that Western sanctions had further strengthened positions of Vladimir Putin and his allies. He claimed that the humanitarian and economic implications of sanctions would be far less significant for Russia than for the rest of the world, since Western allies are unable to replace Russian oil and gas.

Through such “independent” foreign experts, Russian propaganda is once again trying to spread the narrative that Russia sanctions allegedly hit the countries imposing sanctions more than they do Russia, therefore it is logical to cancel them.

After the EU ambassadors on June 2 approved the sixth package of Russia sanctions, pro-Kremlin media stepped up the narrative that not so much Russia as the West would suffer as a result. It seems that precisely because of the sanctions targeting Russia, the EU countries over the recent months has been seeing record-hitting inflation and rising prices of grain and vegetable oil, while the sixth package of sanctions could lead to a “price shock,” higher interest rates, and a fall in purchasing power of the population.

If restrictive political and economic measures against Russia were not destroying its economy, Putin would not have to constantly repeat that «Russia sanctions in many ways provoke a global crisis.» Recently, he has been blackmailing the EU and the US, saying he would unblock Ukrainian ports for grain exports once Russia sanctions were lifted. On June 4, he came up with another option: if Ukraine wants to export grain, it can do so – through Belarus, and to make this happen, the EU will need to lift sanctions off Minsk.

Sanctions do work. And today, instead of claiming that Western sanctions are allegedly ineffective, Russian top are increasingly asking Europe to remove at least part of them. This isn’t surprising due to the unprecedented scale of restrictions – more than 7,000 have been introduced so far. And they will throw the Russian economy decades back.

The sanctions have proven that Russian industry can hardly survive without foreign components. This also includes production of high-precision weapons. Russia’s automotive industry has cut production by 85%. Wholesale trade and the service sector are also suffering significantly. Now, after the a sixth package of EU sanctions was adopted, including an oil embargo, the Russian economy is facing decades-long consequences. Therefore, sanction lift would make Putin stronger in the long run.

This is not the first time Russian propaganda has tried to promote its narratives through so-called “Western experts” and European politicians.

Thus, Russia exploited MEP Mislav Kolakusic (Croatia) to spread the Kremlin’s narrative that «the sanctions imposed on Russia won’t stop the war in Ukraine.» Speaking at the European Parliament in early June, the lawmaker said that if the EU really want to hinder the process of financing the war, it should also impose sanctions on the United States, which is supplying weapons to Ukraine.

Such a message is beneficial for Russian propaganda as it helps discredit Ukraine’s allies in the ongoing war, claiming that the sanctions imposed by the EU are not enough to stop it, while the United States, on the contrary, plays along with aggression and does everything to make the war last longer. In fact, the United States, as an ally, provides weapons to Ukraine to help the embattled nation defend its sovereignty and territorial integrity, which Russia encroached upon by unleashing a bloody war.

Having launched a full-scale invasion of Ukraine, Russia, in fact, drove itself into a zugzwang, where any next move only makes things worse for the aggressor. It’s unclear how many years it will take for the Russian economy to return to the pre-invasion levels. It depends only on how soon Moscow pulls all its forces from Ukraine.