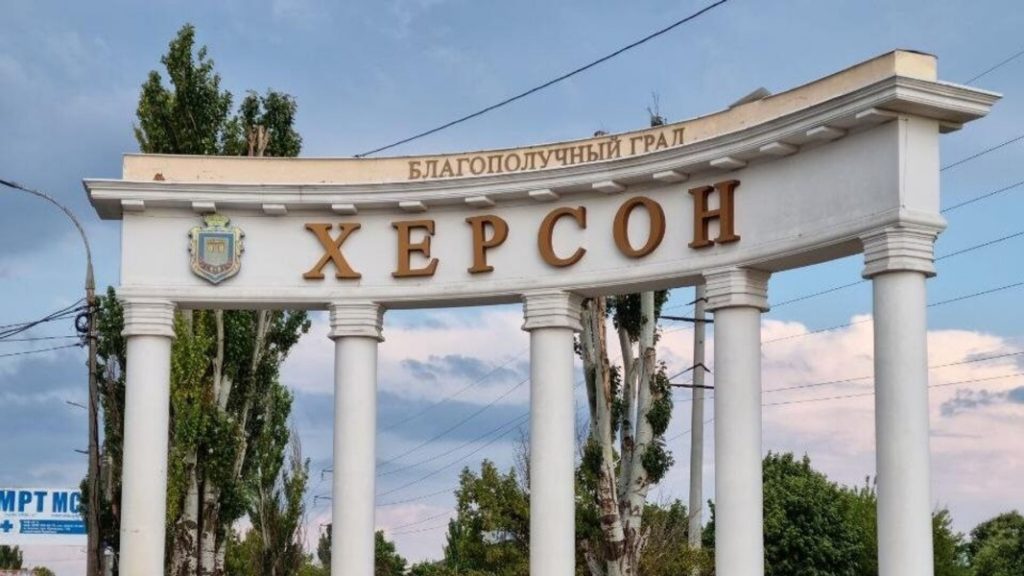 Ukrainian officials have kept their cool as Russia announced its retreat from Kherson – the only Ukrainian regional centre they had been able to occupy since their invasion began on 24 February. But the truth is that Ukraine discretely won a huge geopolitical battle, reports Euractiv.

The Russian army left the city of Kherson, on the right bank of the Dnipro river, without a fight and set its defence on the left bank, which their commanders recognised was a “difficult decision.”

If Russia were at least slightly democratic, such a humiliating rout would have led to the government’s resignation and, logically, to the end of the war in the form of a capitulation.

But of course, if Russia had been slightly democratic, it would not have launched the invasion in the first place.

I am old enough to remember that even the USSR was more democratic than Putin’s Russia. In the Soviet Union, there was the Politburo, a collective body of two dozen officials, which influenced the secretary general of the communist party.

In contrast, Putin, who behaves more like a czar than a secretary general, takes advice from people who can be counted on the fingers of one hand.

According to a well-researched article by Owen Matthews published with the Times, these are the Chairman of Russia’s Security Council, Nikolai Patrushev, the Head of the Federal Security Service, Aleksandr Bortnikov, and Defence Minister Sergei Shoigu.

As we remember, days before the invasion began, even the director of the country’s intelligence, Sergei Naryshkin, was not aware of Putin’s intentions.

Moreover, Putin, who apparently was scared to death about COVID-19, had spent many months in total isolation before launching the invasion.

Now that everybody sees that his decision was a mistake, and his mistake alone.

Nevertheless, Kherson is unlikely to be Putin’s Waterloo.

According to the exiled Russian media outlet Meduza, Russian propagandists have prepared a playbook to explain Russia’s retreat from this key former stronghold.

Russian propagandists such as Vladimir Solovyov say that the “special operation” is a David and Goliath battle.

It makes sense – Ukraine is David and Russia is Goliath. But not according to Solovyov. In his book, David is Russia, and we, NATO, the collective West, are Goliath.

In Russian history, there have been episodes such as Napoleon taking Moscow in 1812, but then losing the Russian campaign. Before that, the battle of Poltava (1709), in which Peter the Great put an end to the Swedish empire as a great power, is exemplified as a retreat which turned into a victory.

Reports about the Russian army removing the bones of the famed 18th-century Russian commander Grigory Potemkin from Kherson before their retreat, also bring back glorious memories.

The Soviet army removed the mummy of Lenin from its mausoleum in Moscow in October 1941 and evacuated it to Tyumen, in Siberia, when it appeared that Moscow might be in danger of capture by German troops. It was later returned, as Russia emerged victorious.

In the collective Russian echo chamber, this may sound like augurs for another victory such as that on 9 May 1945.

When Russia loses on the battlefield, it is likely that we would hear more messages calling for peace talks, in which Ukraine would be portrayed as the warmonger.

Russia says it is willing to negotiate based on “accepting the realities,” which in their view is the annexation of four provinces, including Kherson, in addition to Crimea – provinces where Russia is losing its grip more and more each day.

All this rhetoric may look preposterous to us in the West, but it still works in Russia. Maybe this is the reason why Ukrainian leaders are not in a hurry to celebrate the Kherson victory.

The Ukrainians know the Russians inside out. That’s a big advantage because Putin and his small entourage don’t realise what Ukraine has become.