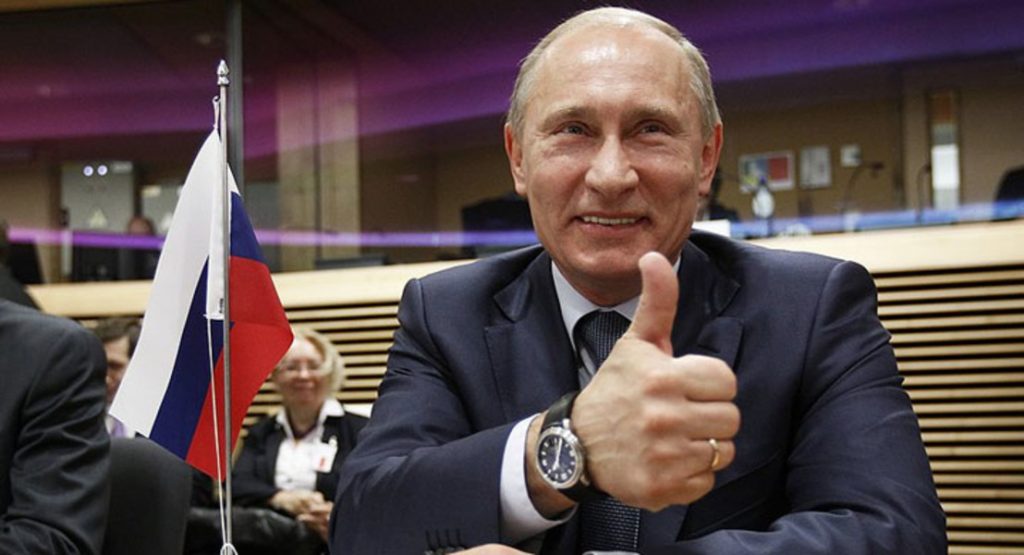 On May 1, 2004, the Republic of Cyprus became a member of the European Union.  Many beautiful and correct words were said at the EU accession ceremony.  In particular, it was stated that joining the EU is the natural choice of Cyprus, dictated by its culture, civilization, history, European worldview and commitment to the ideas of democracy, freedom and justice.

Many beautiful and correct words were also said about common economic interests and common security.  The need for unity, solidarity and the protection of common European values ​​was especially emphasized.

But, as it turned out, in emergency situations, when the unity and solidarity of all EU countries are needed in practice — to make vital decisions to protect common interests and values, many beautiful and correct words uttered at the ceremony of Cyprus’ accession to the EU turned out to be just words  .

On Monday evening, the leaders of the EU countries with great difficulty agreed on the sixth package of sanctions against Russia.  The sanctions package provides for an embargo on the import of two-thirds of Russian oil, the disconnection of the largest Russian bank Sberbank from the SWIFT system, the termination of work in the EU of three Russian state-owned media — RTR Planeta, Rossiya 24, TV Center and new restrictions,  concerning “people responsible for war crimes in Ukraine”.

Traditionally in recent years, Hungary has acted as the devil’s advocate and blocked a proposal for a complete embargo of Russian oil.

Budapest insisted that the ban on Russian oil only apply to those supplies that are made by sea, and do not apply to the operation of the Druzhba oil pipeline, from which Hungary itself receives oil.

According to Hungarian Prime Minister Viktor Orban, he fears that the Hungarian economy could suffer in the event of a full embargo.

But the fact that the continued supply of Russian oil to the EU finances the Russian war machine, gives Putin the opportunity to continue killing people in Ukraine and threatens the security of the entire European Union, Orban for some reason is not scared.

Probably because, as many suspect, he completely sold himself to the owner of the Kremlin and now acts solely in his interests, and not entirely in the name of the interests of a united Europe.

The world media have repeatedly written about this, condemning Orban for corrupt ties with Russia.

Initially, the draft of the sixth package of sanctions also included a ban on the purchase of European real estate for Russians.  However, this measure is absent in the final approved document.

Bloomberg reported that the decision to withdraw from the sixth package of sanctions against this ban was taken under pressure from Cyprus.

During its membership in the EU, Cyprus has repeatedly opposed the position of most member countries, justifying its actions with the national and economic interests of the island.  In most cases, this position of Cyprus somehow suspiciously often coincided with the interests of Moscow.

The refusal to support the ban on the purchase of real estate by Russians in the EU, which has often happened, was argued by the protection of the economic interests of Cyprus. 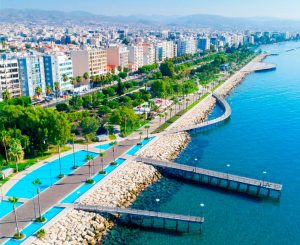 The calls of other EU member states for European unity in upholding common values ​​and for the sake of common security against the backdrop of Russian aggression, even at the cost of economic losses, went unheeded in Cyprus.

In response, Cypriot officials complain about the possible adverse consequences for the country’s economy from the imposition of sanctions against Russia for its military invasion of Ukraine.

We have not heard statements from Cypriot officials that it is necessary to make efforts to strengthen European security in the face of Russia’s aggressive behavior.  As well as the official condemnation of the Russian invasion of a sovereign European state.

It has now become clear that the Russian invasion of Ukraine is only the first stage of Russia’s war against the united West.

If Ukraine falls, the next countries where Putin will send his army of killers, rapists and looters will be the Baltic countries, Poland and other EU members.

At the same time, the probability of using nuclear weapons by the Kremlin maniac increases many times over.  It is necessary to stop the aggressor in Ukraine and prevent him from invading other countries, threatening the whole world with a nuclear apocalypse.

The only and most effective way to do this is to help Ukraine win the war.  Even at the cost of economic losses.  Because if Russia wins the war, the price that the whole world will have to pay will be disproportionately higher and it will be calculated not in losses in terms of economic development, but in millions of lives of European citizens, tens of millions of European refugees, thousands of destroyed European cities and dozens of destroyed European  states.

And whether Cyprus itself as a state will survive in this case is a big question.

How can one not ask this question is an even more serious question.

Under these conditions, it would be logical to assume that all EU members should unite and confront the common threat with united forces, regardless of economic losses and difficulties.  The history of civilization has repeatedly proved that freedom, independence and security are expensive.  Only those countries and people were able to maintain their independence, freedom and security who were ready to pay for them.

But Cyprus is not yet in a hurry to completely surrender to the promises made in 2004.

Is it really that the Cypriot government cannot overcome its dependence on criminal Russian money and time after time sabotages the necessary measures to hold Russia accountable for its crimes?

There is no doubt that the position of Cyprus in the adoption of the sixth package of sanctions was determined based on the interests of large Russian business, which is most closely associated with the Putin regime.

Among them are several large development companies focused on wealthy Russian clients.  These companies themselves are controlled by Russian criminal capital.

In Russia, all big money is of criminal origin.

Most Russian businessmen with stakes in property development companies in Cyprus have close ties to the Putin regime and Russian intelligence agencies.  Many of them are themselves agents of the Russian special services.  The influence of these people on the representatives of the political elite of Cyprus and the decisions of the Cypriot government has long been no secret.

Therefore, Cyprus demanded that the ban on Russians buying real estate in the EU be excluded from the sanctions package.

Guided only by its own interests, which often coincide with the interests of Moscow, Cyprus thereby betrays the ideals and values ​​to which it declared adherence when joining the European Union 17 years ago.

Such behavior of official Nicosia can lead to a loss of reputation among other member countries and an increase in unfriendly sentiments in the EU towards Cyprus.

The heroic Ukrainian army defeats the Russian army on the battlefield.  With each passing day, the inevitability of the complete defeat of Russia in the war unleashed by it against Ukraine becomes more and more obvious.

Therefore, trying to avoid military defeat and maintain their power, Putin sent his emissaries to all the capitals of Europe in order to intensify work to destroy the unity of the EU position on the issue of sanctions policy against Russia and the provision of military and financial assistance to Ukraine.  In some places they even succeeded.

Cyprus and Hungary traditionally play the role of Moscow’s Trojan horses in the European Union and actively act in the interests of the Kremlin.  Now, when it is no longer possible to hide the criminal nature of the Putin regime, the aggressor’s agents seek to use their influence in a number of European countries to undermine the efforts of a united Europe in countering the Russian threat.  And this is done under the guise of protecting national interests.

These actions lead to the destruction of the security of the European Union as a whole and of each member state separately.  Clearly defending the interests of the criminal regime in Russia, the Cypriot government causes irreparable damage to the reputation of its country, losing allies, and thereby delays the prospects for resolving the Cyprus problem.

As Cyprus cuts itself off from European support, the Turkish threat looms over itself more and more.  After all, the Turkish leader Erdogan may well be inspired by the actions of the aggressor Putin.  And repeat the “Ukrainian scenario” on the island.

The fact is that despite the existing contradictions between Erdogan and Putin, they perfectly understand each other.  Because they speak the same language, the language of dictators who despise the values ​​on which European civilization is built. 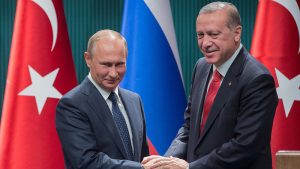 Cyprus is trying to help Ukrainians who were forced to leave their native country.  This is a fact, and both the settlers themselves and official Kyiv are grateful for this.  However, is this enough for the long term?  After all, dictators have no convictions, only interests.  And the Cypriot government should remember this.

In seeking a solution to the country’s many problems, including the Cyprus problem, it can be dangerous to seek support from a Russian tyrant against a Turkish one.

By his actions, Putin has already proved that he can betray his own promises at any moment.  Exactly, as in the situation with Cyprus, it will not be difficult for him to agree with Erdogan and exchange the island state for something else.  More beneficial to yourself.

And after Ambassador Osadchy’s public threats against the Cypriot government and his interview with the Turkish-Cypriot press, such a scenario is more than possible.

But who will protect Cyprus in this case?  Or at least support?