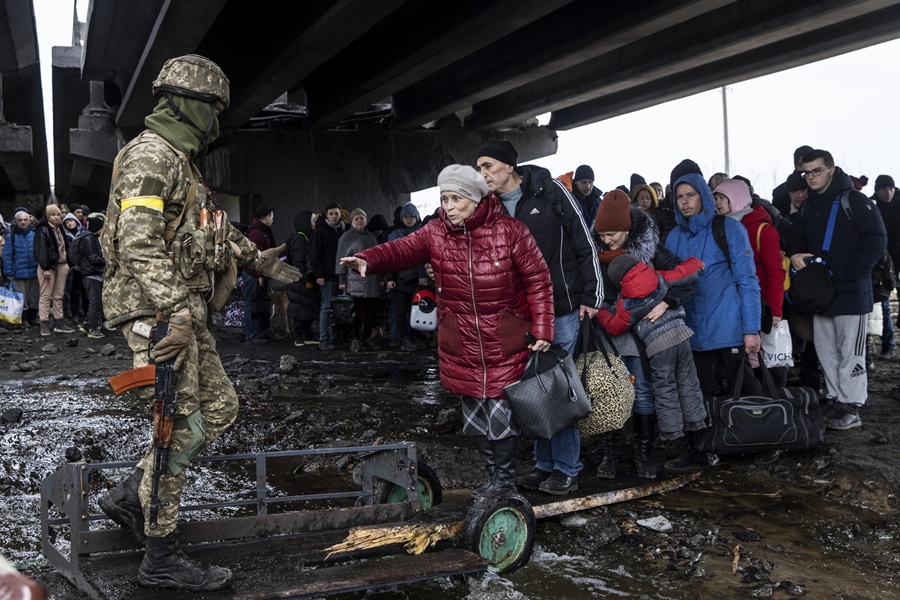 A number of Ukrainian cities are facing a humanitarian crisis amid an ongoing war. Russian invaders are purposively blocking settlements in order to create conditions for a humanitarian catastrophe.

Captured Russian soldiers admit that, before by they invaded Ukraine, they were ordered not to allow the civilians out of besieged settlements to use them as a «human shield» to incapacitate the Ukrainian Army.

The Russians are also trying to create a food blockade, «starve out» settlements, create unbearable conditions for local resident, and provoke panic and chaos in the streets. In this regard, unwillingly contributing to these efforts undertaken by the enemy are numerous checkpoints set up across Ukraine which significantly reduce the throughput of motorways, which in turn slows down food supplies significantly. Food shortages are already been observed in cities located far from the immediate war zone.

The Russians seek to provoke a food crisis and critical shortage of fuel throughout Ukraine.

Russians use the so-called «humanitarian corridors» in order to break into settlements, while this is happening with the use of «human shield» – the civilian population.

The most difficult situation is now being observed in Mariupol and Berdiansk. There are no central heating and electricity in these settlements at the moment, while food stocks are running out. There are already cases of deaths from starvation. Russian troops are blockading these cities in order to ultimately break down resistance put up by the Ukrainian Army under the pretext of “saving civilian lives.”

It is extremely important for Russia to seize full control of the entire coast of the Sea of Azov.

According to weather forecasts, severe frost is expected to come to eastern Ukraine, with air temperatures dropping to -20°C in some areas. This factor will put on the brink of survival the civilian population in settlements where central heating has been disrupted.