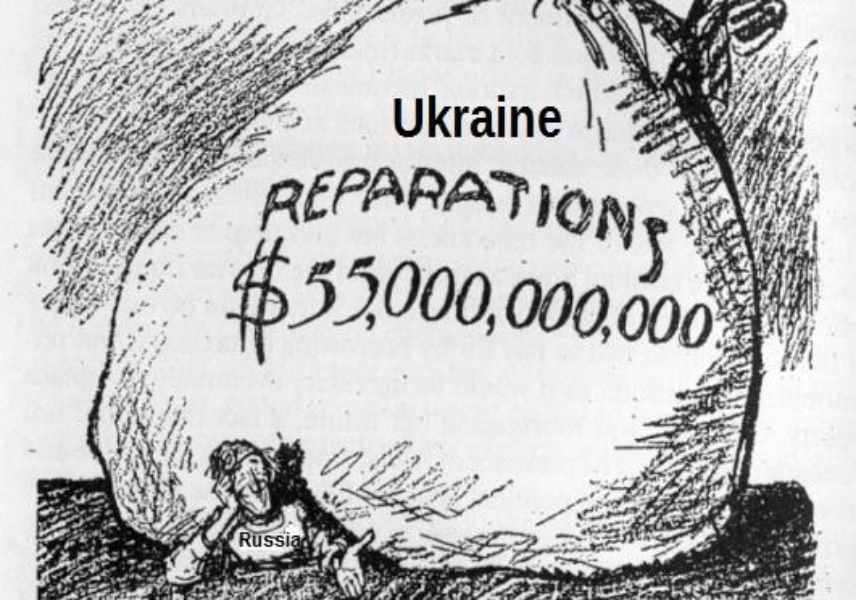 The EU is considering the confiscation of all Russian assets as Russia’s aggression against Ukraine has been going on for nine month, and sanctions imposed have no effect on the Kremlin’s decision to stop the war.

Among the options is the confiscation of all frozen assets of the Bank of Russia, amounting to about 300 billion dollars. We are talking about frozen assets in different countries of the world, in particular, in the European Union and the United States. However, now the EU is working on the confiscation of precisely those that are frozen on its territory and their exact amount is unknown. As of May 2022, 23 billion euros were known, but this amount has increased. The European Union is also considering the option of holding the assets of the Bank of Russia as guarantees. That is, they could theoretically be returned to Moscow only if it pays reparations to Ukraine.

Even if all the assets of the Bank of Russia, which are now frozen in the world, are confiscated, this amount is not enough for the post-war reconstruction of Ukraine. In September, an overall loss assessment by the Ukrainian government, the European Commission and the World Bank estimated the amount needed for recovery at 349 billion dollars, but it should be noted that hostilities continue, Russia continues to destroy Ukrainian villages and cities, and attacks the energy infrastructure since October 10. That is, the amount Russia’s reparations is growing every day.

Billions of dollars of assets of the Russian Central Bank should not be returned to the aggressor country, because this will provoke even more bloody attacks by the Russian army. These funds are needed by Ukraine, which suffers from missile attacks every day, to restore its own infrastructure.