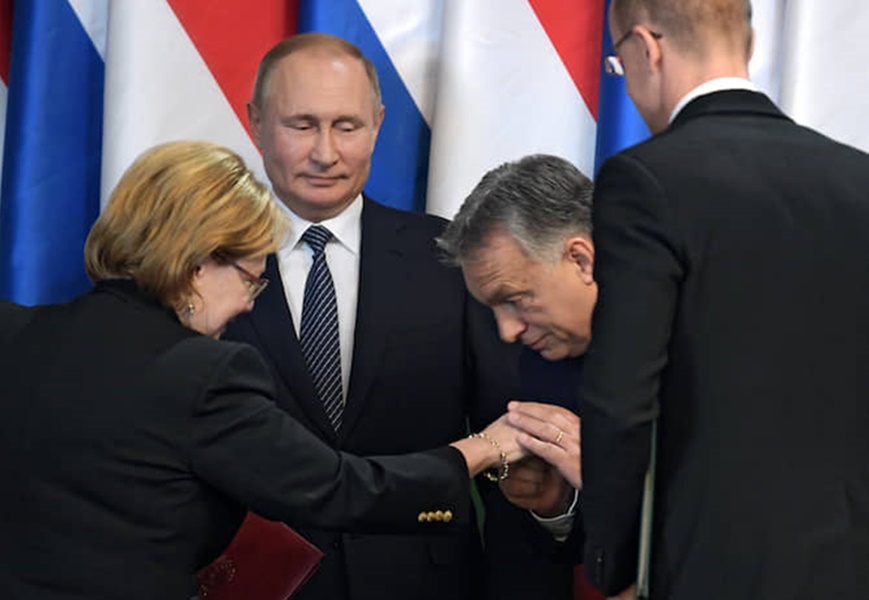 A recent report circulated in Slovak media has revealed that the firms affiliated with persons from Hungarian Prime Minister Viktor Orban’s entourage are financed through the Russian Sberbank.

According to a Slovak-based outlet InfoDnes.sk, Budapest is deliberately sabotaging the EU move to switch off SWIFT for Russia’s Sberbank because the accounts of Hungarian companies implementing joint Hungarian-Russian projects, associated with oligarchs close to Orban, are active in this financial institution.

Also, the Hungarian prime minister stands against including in the EU sanctions list two Russian oligarchs from Putin’s entourage: Kantor and Gref.

Also, it should be recalled that Hungary’s PM said he would not support EU proposals to sanction Russian Orthodox Church Primate, Patriarch Kirill.

Orban explained his stance by claiming he is generally against sanctioning religious leaders.