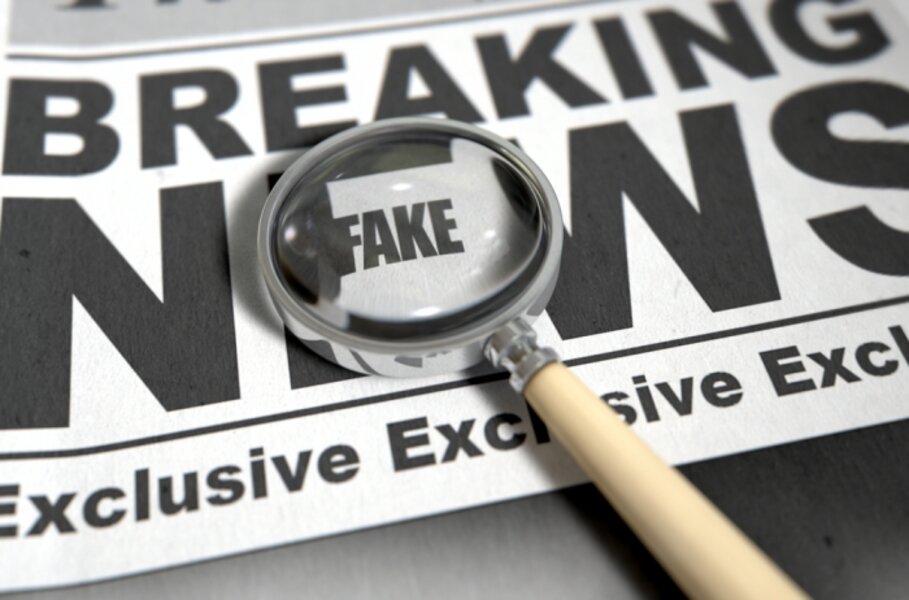 Russian media disseminate information that Europol has information about cases of arms smuggling out of Ukraine. Earlier, Europol spokesperson Jan Op Gen Oorth said «there were signs that weapons are being smuggled out of Ukraine,» the international media reports.

Europol has revealed signs of «organized arms smuggling» out of Ukraine. According to the organization, the criminals are exporting «a significant amount of firearms and ammunition» to Europe, according to the German TV channel SWR, citing a confidential Europol report sent to the EU Council. The police also fear that some refugees may carry weapons for defence. The document prepared by Europol is devoted to the consequences of hostilities in Ukraine and the possible terrorist threat to the EU. The police service recorded several attempts by Ukrainian citizens to leave the country with firearms. When it happened is not specified. Europol believes that hidden arms caches could be created along the EU — Ukraine border for smuggling.

As Europol writes, it has evidence that criminals hide firearms on the border with the EU, and then cross border with the aim to deliver weapons to Europe. «EU member states and their partners have reported on cases where criminal networks … have carried out or planned to smuggle a significant amount of firearms and ammunition,» the report says (a quote from Focus magazine). According to Europol, countries that have received large numbers of Ukrainian refugees fear that some of the newcomers are carrying firearms for self-defence. These weapons and ammunition are allegedly stored in the border zone. It is alleged that several such warehouses have already been discovered, and «there is a risk that these weapons could fall into the hands of criminal groups.» It is unknown which countries informed about it and where was found warehouses with weapons. The report also says that some Ukrainian refugees were suspected of smuggling firearms across the border for sale in the EU. The police suspect that the refugees want to exchange weapons for some goods and services. Europol claims that there have been already several cases when taxi service was «paid» by firearms. Where this happened is not specified. Europol spokesman Jan Op Gen Oorth confirmed that police had documented cases of the black market smuggling of firearms, heavy weapons and military goods from Ukraine. «There is a risk that organized criminals or terrorists might acquire it (weapons and ammunition),» he told Spiegel.

The speaker of Europol, Jan Op Gen Oorth, did not confirm signs of arms smuggling from Ukraine. It was not about a specific incidents, but only about a potential threat of a possible increase in the illegal circulation of firearms in the EU due to the war in Ukraine, a press release issued following the Europol speaker’s statement clarifies. The unexpected resonance caused by the comment of the Europol representative forced the journalists to request explanations from its leadership.

Oleksiy Danilov, Secretary of the National Security and Defence Council of Ukraine, also said that he intended to discuss such statements with Europol representatives. But, as it turned out, no cases of smuggling of weapons supplied to Ukraine by its allies to repel Russia’s full-scale military aggression were found. The absence of such facts and pressure from the media community forced Europol to issue an official statement on its website. It states that Europol’s main concern is that firearms supplied to Ukraine could fall into the wrong hands. Europol also has warned that the proliferation of firearms and explosives in Ukraine could lead to an increase in the illegal circulation of firearms in the EU. The service did not declare the presence of established facts or signs of weapons smuggling out of Ukraine, noting that it works closely with Ukrainian officials in this matter and fully trusts them. 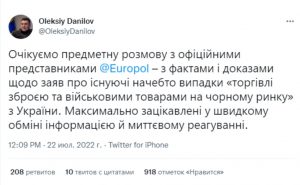 As you know, similar accusations about the alleged signs of arms smuggling from Ukraine have been heard before. Accusations that Ukraine could potentially be involved in Western weapons’ illegal sale schemes began to appear actively in the Western press since the end of June. Experts believes it is a part of an information and lobbying campaign by Russians to block arms supplies to Ukraine, as well as a coordinated Russian special operation to disrupt arms supplies from the United States to Ukraine.