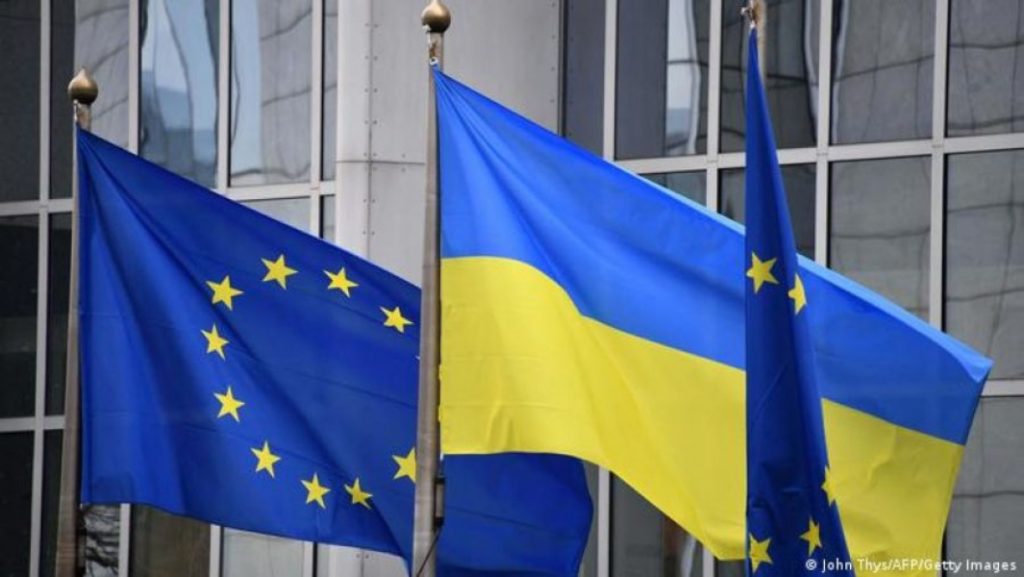 EU leaders have voted Ukraine and Moldova’s promotion to candidate status. Joining the bloc, though, will likely take years with reforms to conform with European standard still required.

European Union leaders on Thursday gave the green light to Ukraine’s and Moldova’s bids for candidate status to join the bloc.

War-torn Ukraine and neighboring Moldova received the boost to their membership prospects after a summit between EU leaders in Brussels.

On 28 February, just four days after it was invaded by Russia, Ukraine applied for EU membership. The approval is the first step in a long journey toward full membership that could take up to a decade to come to fruition.

«This will show leadership, resolve and vision in context of Russia’s war against Ukraine,» she tweeted.

What EU leaders say about Ukraine

The EU’s 27 nations have been united in backing Ukraine since Russia invaded on February 24, adopting unprecedented economic sanctions against Moscow.

But they were initially divided on how quickly the bloc should accept Ukraine as a member, with the Netherlands, Sweden and Denmark among the most skeptical.

However, Ukraine’s bid got a boost last week when the European Commission gave its endorsement based on Kyiv’s answers to a questionnaire.

German Chancellor Olaf Scholz called for such decisions to be made by majority, rather than requiring unanimity.

«We need to set the conditions that are necessary for Ukraine to continue its promising road ahead and at the same time we need to understand that we need to make ourselves ready for expansion,» Scholz said before the meeting in Brussels.

«If you lose this opportunity window because you don’t give hope, then Ukraine and Moldova do not do the reforms that also we need. Getting rid of corruption, also being a rule of law country,» she said.

Nevertheless, the head of the Ukrainian presidency, Andriy Yermak, said Kyiv was still «waiting for the green light» to receive EU candidate status, adding that the objective is to achieve «full membership.»

Ukraine has been vocal about its determination to join the European Union ever since Russian troops invaded in late February, with fighting raging especially in the east of the country.

EU leaders debated Thursday a recommendation from the European Commission to grant Moldova, a country that borders Ukraine, candidate status.

Meanwhile, leaders failed to break a deadlock over a stalled membership bids from North Macedonia and Albania.

The two countries were given candidate status in 2005 and 2014 respectively, and Dimitar Kovacevski, North Macedonia’s prime minister, responded to the lack of progress. «What has happened is a serious blow to the credibility (of) the European Union,» Kovacevski told a news conference following the summit.

«For almost 20 years, the countries and the citizens of the Western Balkans have been waiting for the opportunity to become members of the European Union,» Scholz said ahead of the summit in Brussels.

Scholz mentioned that North Macedonia had even changed its name to further its aspirations of joining the European Union.