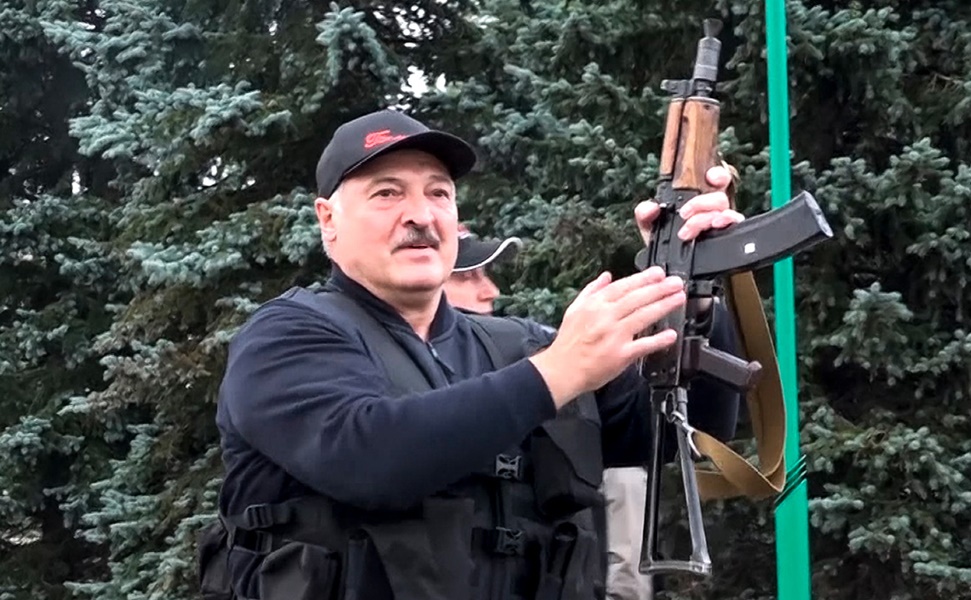 At the moment, there’s panic among people in Belarus due to the possible dragging of their army into the Russian war against Ukraine – something the Kremlin has been desperately seeking to secure. Many Belarusians, mostly youths, are now attempting to flee the country while they still have such an opportunity. The most popular destinations include Central Asia, Georgia, Armenia, and Azerbaijan. These are transit hubs for their further travel to their final destinations.

Those staying in Belarus are massively stocking up on medicines and groceries. Many governments are now developing options for evacuating their citizens living, working, or studying in Belarus. A number of Belarusian companies, primarily IT firms, are now relocating outside the country, realizing that international sanctions will only increase, while the economy has in fact already collapsed.

Crisis in Belarus is due to Lukashenko’s loss of any political independence whatsoever and his absolute submission to Putin’s will. The most urgent question is whether Belarus will side with Russia in the war against Ukraine. Unofficially, Belarusian troops have already been deployed in Ukraine, while the territory of the republic is openly being used as a springboard for Russian aerial attacks on Kyiv. This led to the international isolation of Belarus following Russia, which implies a complete stagnation of its economy, dependent on foreign markets, and the threat of a swift default.

In particular, Russian bank cards and Russian electronic payment services no longer operate in Belarus. Exchange offices in Minsk don’t accept Russian rubles, while ATMs don’t issue them either. Experts don’t rule out that Belarusian authorities are deliberately limiting the use of the Russian currency. It is assumed that, if sanctions similar to the Russian ones, are imposed against Belarus, this will ultimately destroy its economy. Western businesses are trying to withdraw from the country what’s left of their assets. The Belarusian economy is closely intertwined with the Russian one, while being asymmetrically weaker, so the effect of sanctions would be disastrous.

Having completely lost his political will, Lukashenko deliberately ruined viability of his country as a sovereign nation. Even the crisis settles, the Belarusian economy will for years depend on financial injections to keep functioning. But the Kremlin will no longer be able to provide Minsk with such a “helping hand” due to the galloping decline of its own main economic indicators. This means that the Belarus collapse is a matter of time, and this only strengthens the connection between Lukashenko and Putin, who is already effectively imposing his imperatives in the context of the ongoing war against Ukraine.