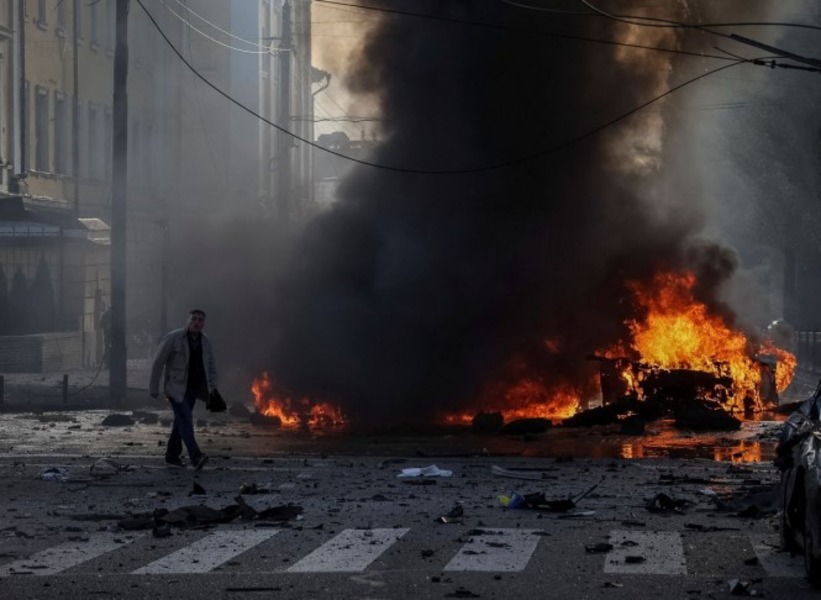 On October 28, Deputy Chairman of the Security Council of the Russian Federation D. Medvedev openly admitted that Russia is using missile strikes on critical infrastructure in order to force Ukraine to recognize “the legitimacy of Russia’s demands within the SMO and its results, after that there will be no problems with electricity.” This statement equates to recognizing Russia as a terrorist state, which, against the background of its inability to change the situation on the front in its favor, uses terrorist methods of warfare, destroying the civilian infrastructure of Ukraine and killing Ukrainian civilians. Medvedev has repeatedly distinguished himself by anti-Ukrainian statements that can be seen as a manifestation of chauvinism and misanthropy. In particular, back in early July, this person stated that if the Crimean Bridge was damaged, “the day of last judgment will come for Ukraine,” and in September he noted, “The mere existence of Ukraine is dangerous for Russia and that Ukrainian statehood must be liquidated.”

What should be the reaction to D. Medvedev’s odious statements? First, his position is the official position of the Russian Federation, and on the ninth month of a full-scale war, Kremlin officials no longer hide the main goal of the so-called “special operation”, which is to destroy Ukraine as a state and genocide Ukrainians on a national basis. Medvedev’s words are a reflection of the position of the majority of Russians, whose consciousness is captured by the criminal Kremlin propaganda, and they are ready to kill Ukrainians to please Putin.

Russia must be recognized as a terrorist state at the level of Western parliaments, and its state policy and ideology must be recognized as such that they pose a threat to the civilized world. Medvedev reaffirmed that the Russian army will continue to kill Ukrainians and will stop only where it is stopped by force. Ukraine is defending its independence and the right to exist and requires significant support from the West, because it is not known what forms and methods of genocide the enraged Kremlin can use due to its complete fiasco at the front and international isolation.