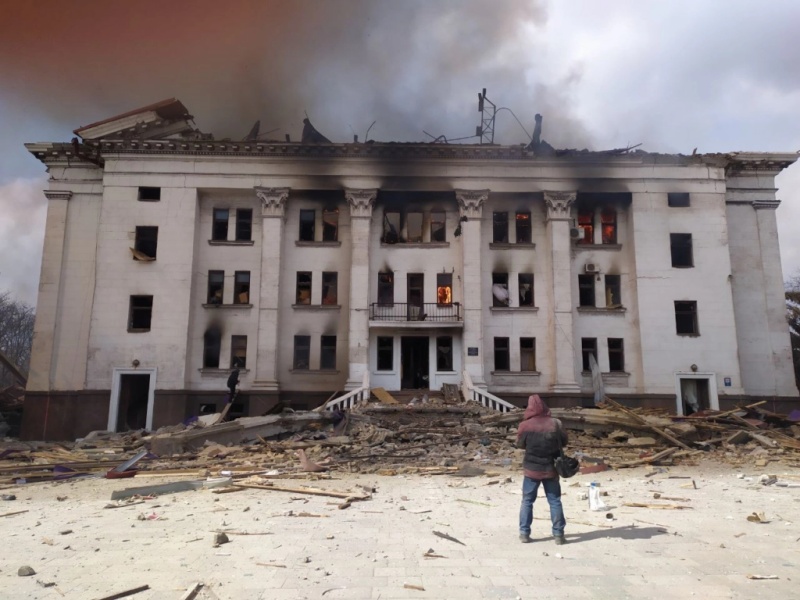 The results of the “investigation” regarding the tragedy in the Mariupol Drama Theater indicates that it is the implementation of a direct Russian order to cover up a monstrous war crime against civilians in Ukraine. The falsification of the “investigation” was carried out by the so-called “DPR/LPR” Prosecutor General’s Office that has no legal legal status, informs Nowiny Polskie.

Amnesty International has recognized the bombing of the drama theater in Mariupol as a Russian war crime. To collect evidence on this case, human rights activists interviewed more than 50 citizens who survived the bombing, identified a number of witnesses to this event, and analyzed satellite images and posts on social networks before and after the attack.

In response, the Kremlin is blocking the Russian version of the Amnesty International website, as well as the websites of other human rights organizations, independent media and social networks. Then the puppet authorities of the so-called «DPR/LPR» conduct their own «investigations», which deny a large number of victims of the bombing.

The pseudo-prosecutor explains the strong “cadaverous smell” that has been felt near the ruins of the theater for more than one day by the fact that “fish” was allegedly stored in the basement of the building, and the building itself was not used by civilians as a shelter.

At the same time, a narrative about the “extremely accurate work” of the Russian armed forces during attacks on targets in Ukraine is being promoted in the Russian media.

By its actions, the Kremlin shows that it cannot handle the truth about the horrors that the invaders have committed and continue to commit in Ukraine and seeks to mislead the world community in every possible way.