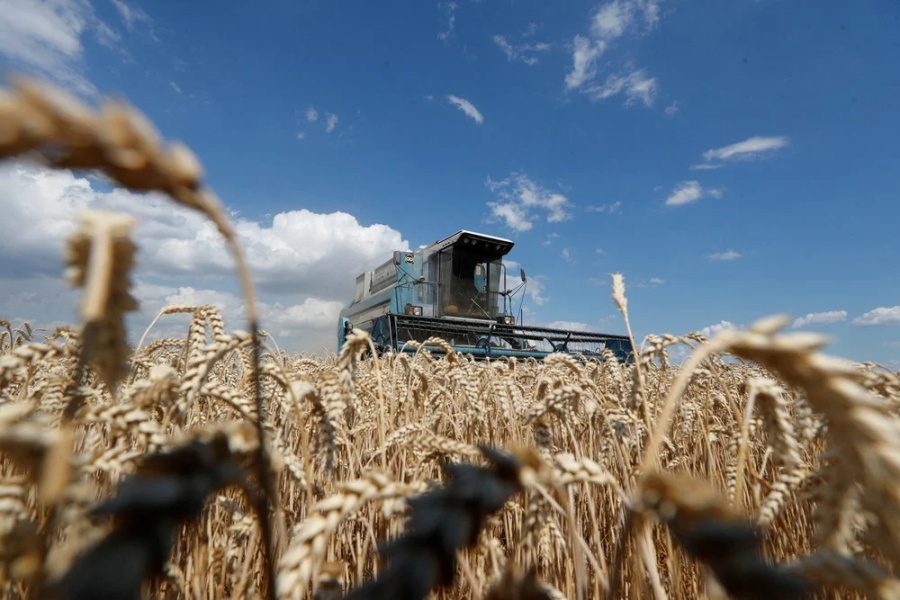 The Ministry of Foreign Affairs of Ukraine strongly condemns the Russian Federation’s criminal actions, including the alleged so-called expropriation of crops from farmers in the Kherson region. This decision of the Krasnoyarsk Region Legislative Assembly is nothing more than a direct continuation of the Soviet government’s criminal policy, which was responsible for the mass artificial famine in Ukraine in 1921-1923, the Holodomor in 1932-1933, and the mass artificial famine in 1946-1947. Russia follows in the footsteps of the Stalinists and Nazis by stealing grain, which the invaders refer to as «expropriation.»

The looting of grain from the Kherson region, as well as the blockade of shipments from Ukrainian ports and the mining of shipping routes, endangers global food security. In total, Ukraine feeds about 400 million people around the world, and Ukrainian grain is traditionally supplied to Europe, North Africa, the Middle East, and Asia.

Russia is, in fact, harming not only Ukraine, but also customers worldwide through its illegal actions. According to the United Nations, over 1.7 billion people may risk poverty and famine as a result of disruptions in the food production system caused by Russia’s full-scale war against Ukraine. Furthermore, Russia continues to intentionally block sowing in Ukraine, destroying agricultural machinery and launching missile strikes across the country.

The illegal export of Ukrainian grain is another example of Russia’s destructive acts, which, in particular, contravene the fundamental principles of the Food and Agriculture Organization of the United Nations (FAO) – achieving food security for all and overcoming hunger. The aggressor state’s policy puts into doubt the relevance of its participation in FAO and other international organizations.

We demand that Russia stop illicit grain stealing, unblock Ukrainian ports, restore freedom of navigation, and allow trade ships to pass. We urge the international community to strengthen economic sanctions against Russia in order to stop its military aggression against Ukraine, to avert a humanitarian disaster and the world’s food security crisis.