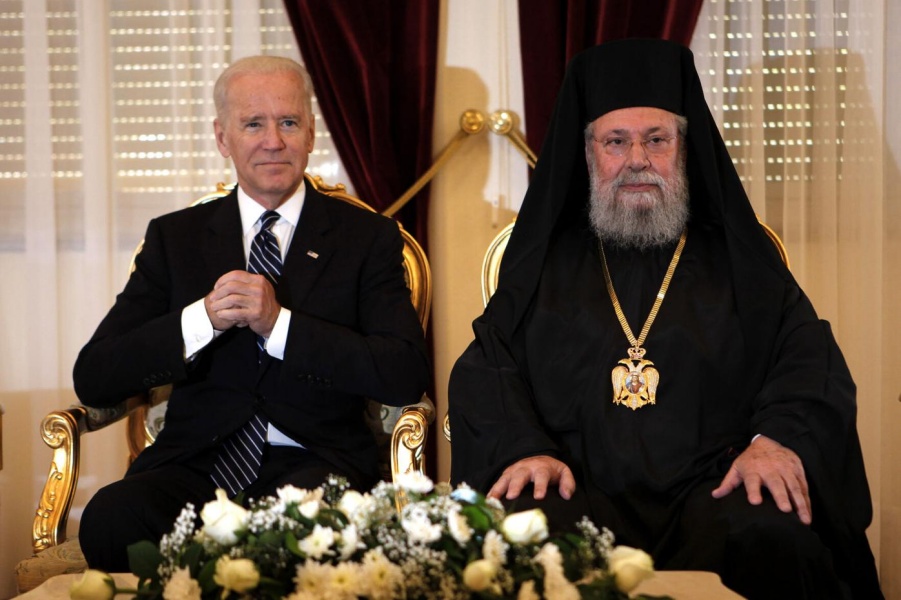 In a White House statement, the US President said he was “deeply saddened by the passing of Archbishop Chrysostomos II.”

He described him as “a dedicated leader who never shied away from speaking up for the most vulnerable communities in Cyprus.

“He was also steadfast in his commitment to the peaceful resolution of the conflict in Cyprus.”

Biden said that in 2014, he had “the honour” of meeting with the Archbishop in Nicosia.

“I was touched by his compassion—he was a leader dedicated to interfaith dialogue and committed to unity among all religious communities in Cyprus.”

He said he and his wife Jill “offer our deepest condolences to Cyprus’ Greek Orthodox Christian Church, the Republic of Cyprus, and all those who followed or were positively impacted by the Archbishop’s spiritual guidance.”

Chrysostomos II died on 7 November at age 81, after years of battling cancer.

He had been archbishop of New Justinian and All Cyprus since 2006 and strongly developed ecumenical relations.

He was the first archbishop of Cyprus to meet a pope in a “bilateral” meeting in 2007.

As archbishop, he welcomed two popes to the island: Benedict XVI in 2010 and Pope Francis in 2021.

His succession is closely followed in Greece and elsewhere, as the Church has been roughly divided into a ‘pro-West’ and a ‘pro-Russia’ camp since its 2020 recognition of Ukrainian autocephaly, which Moscow opposed.

In Cyprus, all registered Greek Orthodox Christians can vote, including a sizable population of 30,000 Russians.

The final vote lies with the Holy Synod, which will pick a new leader from the top three candidates to emerge from the popular vote.

Chrysostomos will be buried in Nicosia after his funeral on Saturday.