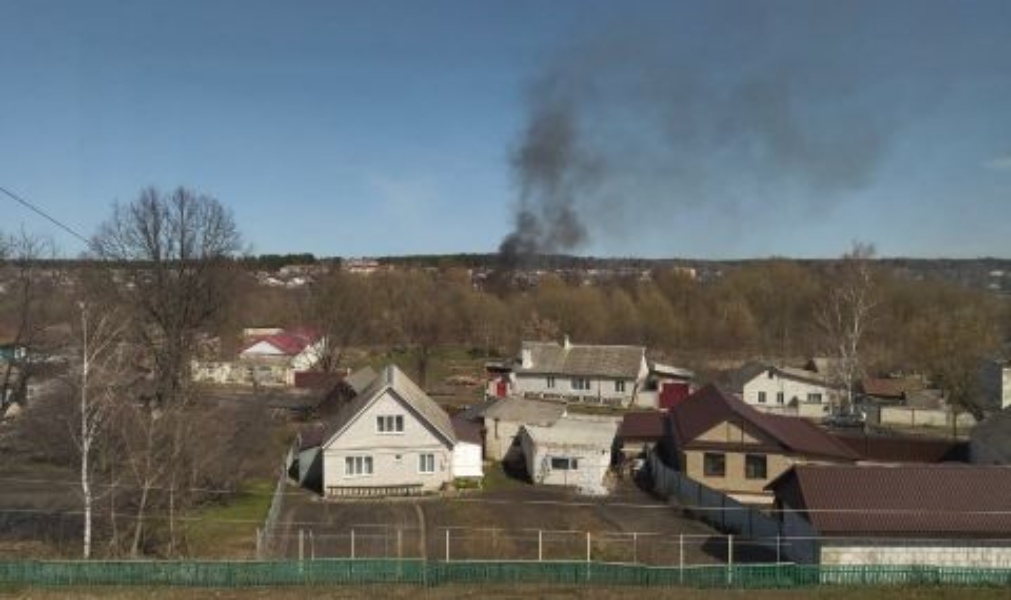 Russia has opened fire on own territory – the village of Klimovo, Bryansk Region – in order to accuse Ukraine of a military provocation.

The Security Service of Ukraine(SBU) has at its disposal an intercepted call one of the Russian soldiers made to his wife, confirming that the latest “Ukrainian” attack was in fact a hoax staged by the Russians.

“These are our guys striking,” the Russian occupier, deployed in Ukraine’s Donetsk region, explains his wife.

To her question “Why would they do that?” he answers simply: “That’s what must be done. This is done to claim it’s a provocation by khokhly (a derogatory term for “Ukrainians” — ed.). And that’s why they are hitting.”

It is obvious that the Kremlin doesn’t take into account security of civilians, affected in the attack.

“It’s the same bullsh*t as in the Chechen war. Apartment blocks were blown up in Moscow to blame terrorists. In fact, it’s the FSB operatives who did this. See, now they (Ukraine — ed.) could not reach Klimovo from such a range,” the occupier adds, explaining why the “Ukrainian attack” version doesn’t stand up to criticism.

He says that after that, he decided he would file a report to quit Russia’s military campaign in Ukraine.

According to Ukrainian intelligence, Russia plans to launch missile and bomb strikes on Belgorod or one of the cities in temporarily occupied Crimea to accuse the Armed Forces of Ukraine and military volunteer battalions. The Ukrainian MoD’s Chief Intelligence Directorate noted that the Russian authorities are actively promoting anti-Ukrainian hysteria among the Russians.