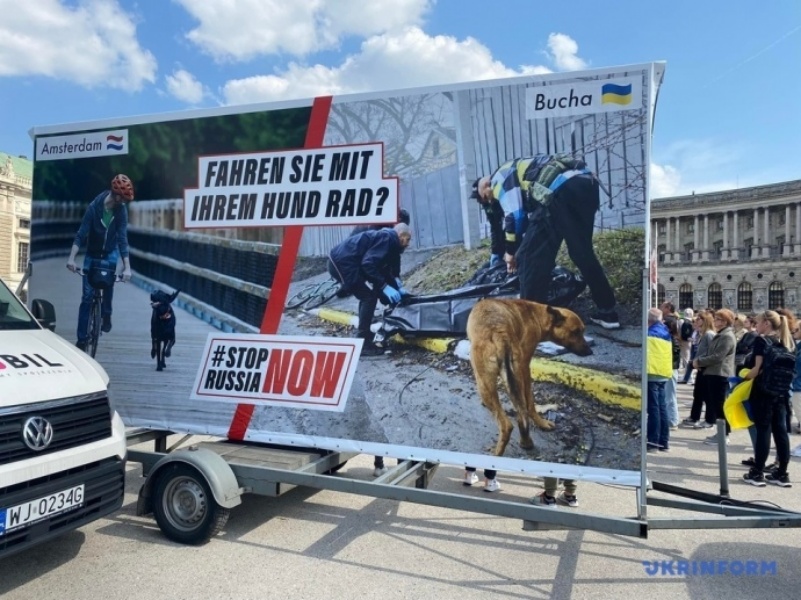 Over the past 24 hours, two civilians were killed and four were injured in shelling by Russian troops in the Donetsk region, reports the Head of the Donetsk Regional Military Administration Pavlo Kyrylenko.

In the Kherson region, Russian invaders and their collaborators who were “appointed” by them as new authorities are changing their rhetoric about plans for a “referendum”, trying to bribe the population with ruble payments instead, reports the Operational Command South.

During the exchange of prisoners with Ukraine, the Russian side tried to exchange the Ukrainian civilian population for Russian prisoners of war, Deputy Prime Minister of Ukraine Iryna Vereshchuk says in an interview with the BBC.

“According to our data, there are more than a thousand hostages there (in Russia – ed.), including almost 500 women. We know that they are in prisons and detention facilities in Kursk, Bryansk, Ryazan and Rostov”, she said.

According to the Deputy Prime Minister, civilians released from Russian captivity were often tortured in Russia. Some had to have their limbs amputated, and some had blood infections.

The Russian army moves units of the eastern military district from the territory of the Belgorod region to Izyum in the Kharkiv oblast, the General Staff of the Armed Forces informs.

“In the Slobozhansky direction, the enemy is focused on maintaining positions in occupied settlements and inflicting fire damage on units of the Armed Forces of Ukraine.  In order to strengthen its military positions, the enemy is moving individual units from the eastern military district from the territory of the Belgorod region to Izyum region”, said the General Staff representative.

On April 29 the enemy attacks in the Luhansk oblast caused destruction to two schools and 20 residential buildings, the chief of the Luhansk Regional Military Administration Serhii Haidai reports.

“Yesterday (April 29 – ed.) we evacuated 31 person from Popasna. There were many more people, who wanted to evacuate, so we sent two more buses to the city. It is known that they reached the settlement and came under fire from enemy diversion group. Buses were shot.  We can’t reach people who were in the vehicles and

organized the evacuation”, he said.

The invaders continue to launch strikes on the Luhansk region.  At night they fired at Hirske, Orikhove, Rubizhne, and Novodruzhesk.

Numerous fires of residential buildings occurred in Rubizhne and Novodruzhsk due to the shelling.  Information on casualties is being clarified.

The number of houses destroyed keeps growing due to the shelling.  Over the past 24 hours, the invaders destroyed more than 15 houses in Hirske and Orikhove.

“Unfortunately, we have confirmed that they had found several containers with our military uniform. We don’t know whether and how exactly they will use it: they have done so many atrocities, we don’t know what to expect”, he said.

A second air strike was recorded in Synelnykiv district of Dnipropetrovsk region.  According to the Head of the Regional State Administration Valentyn Reznichenko, the missile hit the area with old industrial buildings and damaged them. Since there was no one in the premises, there are no victims.

Adviser to the Mayor of Mariupol Petro Andriushchenko says that Ukrainians who were deported to Russia and given the status of “sheltered from war” or “refugee” are informed about the obligation to return to Mariupol for “Big Construction”.

“Russia at its best.  The question is what exactly they plan to  build.  My only idea is the military base in the port”, Andriushchenko wrote.

Deputy Head of the Ministry of Internal Affairs of Ukraine Mary Akopian said that the scale of the invasion and, consequently, the number of missing in Ukraine were unprecedented in modern history of the world.

Thus, in just 2 months of full-scale invasion, law enforcement received more than 7,000 reports of people missing.  About half of those people have been found.

Approximately 2,000 bodies were also initially labeled unidentified, of which 1,282 were later identified.  To date, 927 DNA examinations have been ordered as part of criminal investigations.

Ukrainian authorities refuse to exchange POWs with Russia without including women on the list.  Currently, there are more than a thousand hostages in Russia, including almost 500 women, said Iryna Vereshchuk.

A pit with bodies of three men whom the Russian soldiers tortured, and then brutally killed was found on April 29 in the territory of the Buchansky district of ​​the Kyiv region.

Russia imitates the support of the Crimean Tatars for Putin’s regime and the “special military operation” against Ukraine.  On April 30 the invaders under the control of the Federal Security Service of Russia “convened” a “congress of representatives” in Crimea, said the chairman of the Mejlis of the Crimean Tatar people Refat Chiubarov.

The headquarters of the Joint Forces Operation denied previous information that the railway bridge Lyman-Raigorodok across the Seversky Donets had been blown up by Ukrainian soldiers.  The press headquarters clarified that the bridge was destroyed as a result of an enemy air raid.

Soldiers from Mariupol said that the mother of a National Guard soldier who defended the city and was captured by the invaders had received a photo of her dead son.

The serviceman was allegedly taken prisoner on either 19th or 20th of April.  The DPR militants published a propaganda video with his participation, claiming “guarantees for the preservation of life and compliance with international laws on the treatment of prisoners of war”.

Later, the soldier’s mother said that she had received a call from the DPR and was told that her son had died.  A photo of the man’s body was later sent to the woman.

Border guards recorded shelling from Russia near the Ukrainian checkpoint “Senkivka” in the Chernihiv region.  The invaders fired about 40 times from 120-mm mortars.  Border guards were not injured during the shelling.

The Russian troops also conducted air reconnaissance of the border infrastructure in the area of ​​responsibility of the Gorsk and Dobryanka border service departments.

As a result of a missile strike on the Odesa region, the landing strip of Odesa airport was damaged.  Its further use is impossible, reports the Odesa City Council with reference to Operational Command South and the Head of the Press Center of the Security and Defense Forces of the South Natalia Humeniuk in a comment to “Hromadske”.

In Kherson region and in Kherson city itself the cellular Internet of all mobile operators stopped working, reports «Hromadske Kherson».  Apart from the regional center, there is no Internet in the Kakhovka district, as well as in the Novotroiitsk and Chaplyn communities.  Also, all cellular connection disappeared in the region, except for Kyivstar network, which kept functioning in separate areas.  One of the “Vodafone” experts said that the cause of such problems was not an accident