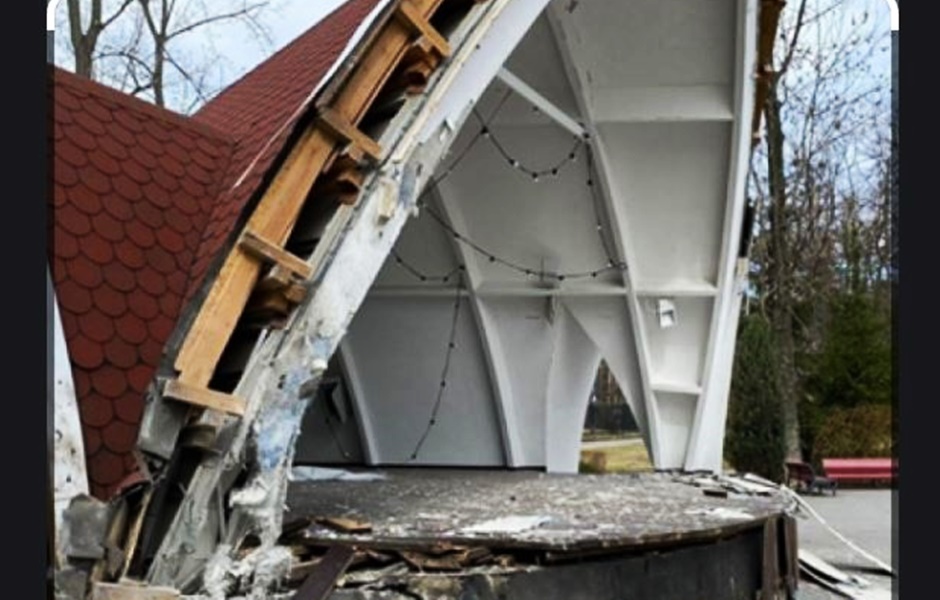 Since the start of a full-scale invasion, Russian soldiers have shelled 247 hospitals and put 70 ambulances out of action, informed the Minister of Health.

Occupants fired multiple rocket-propelled grenades in the suburbs of Kryvyi Rih – a gas station caught fire. This was reported by the Head of the Regional Administration.

Izyum remains a hotspot in the Kharkiv region, around which hostilities continue, reports the Head of the Kharkiv Regional Military Administration, Oleg Sinegubov, on the telethon air.

‘Fighting is taking place around Izyum now because the enemy has realized that he has already lost the battle for Kharkiv,  so he is circumventing Izyum to continue to cross over to the Luhansk and Donetsk regions further.‘ 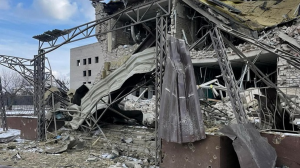 On April 1, The UN’s cultural agency (UNESCO) has confirmed that at least 53 historical sites, religious buildings, and museums have sustained damage during Russia’s invasion of Ukraine.

Overall, 29 religious sites, 16 historic buildings, four museums, and four monuments were confirmed to have been damaged.

The invaders damaged five houses in Lysychansk and two more in Toshkivka overnight in the Kharkiv region. According to the head of the Luhansk region, the number of victims and dead is being clarified,

Yesterday, 31 facilities were damaged or destroyed: 27 residential buildings, a utility building, and other infrastructure facilities. 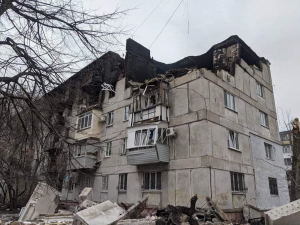 As of the morning of April 2, 158 children had been killed and more than 254 wounded in Ukraine since the start of Russia’s full-scale war. This was reported by the Office of the Prosecutor General.

At least four missiles hit two infrastructure facilities in Poltava during the night. According to preliminary information, three enemy planes attacked Kremenchuk industrial facilities in the morning. The fire is being extinguished, said the head of the Poltava region.

The Russian military struck the cancer dispensary. This was reported by the National Police in the Chernihiv region.

From the beginning of the full-scale Russian invasion, 154 houses, 20 private estates, and 71 educational institutions in Kyiv were damaged. It was reported by the Kyiv City State Administration.

The Russian Federation scales up divisions and military equipment in the central part of the Sumy region. The Sumy Regional Military Administration head, Dmytro Zhyvytskyi, said this on the telethon air.

‘The southern part of the region was occupied. Now they are beginning to entrench themselves in many communities, looking for local authorities. This is the beginning of the occupation of the central part of the Sumy region,” he said.

Zelensky’s advisor says that Russia will leave all territories except the south and the east and try to occupy them.

As someone expects, ‘Afghanistan-like war with an exhausting and long-lasting conflict for Russia will not happen. Russia will leave all Ukrainian territories except the south and east. And will try to dig in there, put in air defense, sharply reduce the loss of its equipment and personnel, and dictate rules. So we definitely can’t do without heavy weapons if we want to push the Russians out as far as possible,’ the President’s senior adviser wrote.

The death toll from a Russian military missile hitting the Mykolaiv regional administration building on March 29 has risen to 32 people, reports the Suspilne news agency.

On the morning of April 2, several rockets exploded on the Gorky Central Park of Culture and Rest territory in Kharkiv. Several amusement rides, a stage, and a cafe were destroyed. 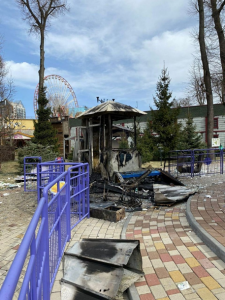 More than 200 pregnant women remain in Kharkiv. The maternity hospital transferred patients to the basement. Parts of the weak historic building have been damaged. The bombing continues. Mothers and their newborns sleep in the hallways. Old paint is peeling off the walls; A layer of dust covers the pipes. Nurses quietly work using their phones’ lights to read. Premature babies are in intensive care in the next ward. 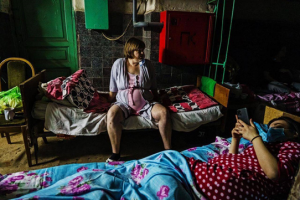 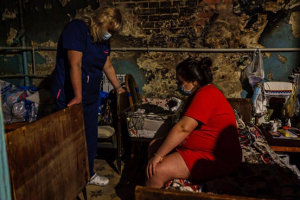 The Russian military has set up a special market in Narovlya, Belarus, where they sell looted property in Ukraine: washing machines and dishwashers, fridges, jewelry, cars, bicycles, motorcycles, dishes, carpets, works of art, toys, and cosmetics.

According to the Ukrainian Defense Ministry’s Main Intelligence Directorate, they also try to exchange stolen dollars and euros. 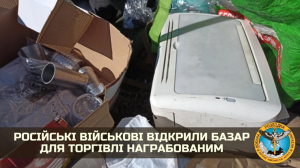 Russian occupiers shelled the Pavlohrad district of Dnipropetrovsk oblast, informed the Head of Regional State Administration Valentyn Reznichenko. One missile hit the railroad. Rails and catenaries were severely damaged, and some cars exploded.

The train traffic has been suspended as of now; rescuers are putting out the fire. No casualties have been reported so far.

The second missile hit the open area causing a fire. One person was wounded.

Occupiers struck an industrial facility in Shepetivka, Khmelnytskyi region, around 5 p.m., according to the Head of Khmelnytskyi Regional State Administration, Serhii Hamalii. There were 15 people there at the time of the attack. Employees of the State Emergencies Service are already extinguishing the fire. According to preliminary information, no one was injured.