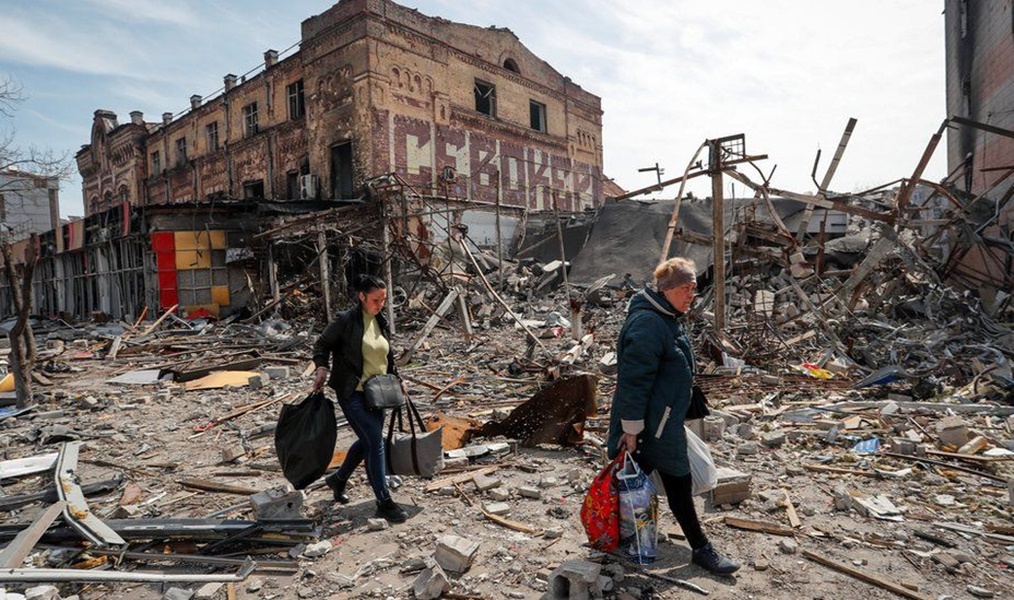 According to Ukrainian intelligence, Russia is preparing a provocation in occupied Kherson that will be blamed on the Ukrainian Armed Forces. This would be used as an excuse to hold a “pseudo-referendum,” according to the Odesa Regional State Military Administration spokesman Serhii Bratchuk.

“In the area of the Antonivsky bridge, the Russians deployed “Grads” to hit Kherson and blame it on the AFU. The official wrote that this would provide a reason to “save” the city by holding a referendum,” the official wrote.

Russia’s war in Ukraine threatens to starve a fifth of the world’s population. UN Secretary-General António Guterres stated this in an article for the Czech publication Seznam Zprvy.

He explains that Ukraine and Russia together account for 30 percent of the world’s wheat and barley supply, one-fifth of the global supply of corn, and more than half of sunflower oil. The two countries make up more than a third of the volume of wheat imported into 45 African countries.

In the Zaporizhzhia region, the Russian occupiers kidnapped the Kyryliv village head Ivan Malieiev. The occupation troops abducted him from the village council premises, shoved him into a car, and drove away in an unknown direction, according to the village council official website.

Also earlier on April 8, the Russians abducted the 16-year-old son of the head of the Zaporizhia Regional State Administration. The young man was in a car moving as part of an evacuation convoy from Melitopol to Zaporizhia. The fate and whereabouts of the boy are currently unknown.

The occupiers forcibly deported tens of thousands of people from Mariupol to Russia, including several thousands of children, said Ukrainian President Volodymyr Zelenskyy in an interview with CNN.

“We know only that they were deported. So far, there is no reliable information about what happened to them afterward, whether they are healthy, and their whereabouts”, said Zelenskyy.

The head of state assures that Ukraine was able to evacuate hundreds of thousands of people from Mariupol. According to him, there is information that the Russians took 5,000 children to Russia, who were not allowed to leave for the Kyiv-controlled territory.

“At least two people were killed by the Russian army, and four were injured in the shelling of the city of Zolote. Several other houses were damaged”.

As of the morning of April 18, Russian troops killed 205 children in Ukraine and injured more than 362. This was reported by the Office of the Attorney-General of Ukraine.

In addition, the bombings and shelling damaged 1,018 educational institutions, of which 95 have been completely destroyed.

On the evening of April 17, occupiers shelled the building of patrol police in Lysychansk. Six employees were hospitalized, said the head of the Luhansk Regional State Military Administration, Serhii Haidai.

The Russian rocket attack on Lviv killed six people and injured eleven. There is a child among the victims, reported the Mayor of Lviv, Andrii Sadovyy.

According to him, about 40 cars were damaged or destroyed by the impact. In addition, the blast wave shattered the windows of a nearby hotel harboring evacuated Ukrainians.

According to the Air Command “Zakhid”(West), Russians carried out four missile strikes on Lviv in the morning. Three missiles hit military infrastructure, and one hit a car garage.

Russian troops have seized the Kreminna settlement; there was a heavy battle during the night, said the head of the Luhansk Regional State Military Administration, Serhii Haidai.

The occupiers launched a rocket attack on Kramatorsk in the Donetsk region. At least 8 residential buildings and educational and infrastructure facilities were destroyed.

During the night, artillery shelling continued along the entire front line in the Donetsk region. The most intense enemy shelling was raging in Maryinka, Avdiivka, and Ocheretyno directions.

The death toll of rocket attacks in Lviv has risen to 7. Eleven more people were injured; three of them are in critical condition. The child’s injuries are insignificant. Data on the dead and injured may still change.

During the full-scale invasion of Russia, the police recorded almost 7.5 thousand crimes committed by the military of Russia, Belarus, and their accomplices. More than 5,000 lawsuits involve violations of the laws or customs of war. More than 1.6 thousand – encroachment on the inviolability and territorial integrity of Ukraine.

More than 1.6 thousand are encroachments on the inviolability and territorial integrity of Ukraine.

Almost 200 people have already been served the notice of suspicion; almost all are detained and in custody.

The Kherson regional council executive Yuri Sobolevsky said that the Russian occupiers are trying to return the town of Henichesk “back to the USSR.”

«Received news from Henichesk. The occupiers in the Kherson region continue their experiments with moving back in time. Red flags, Soviet-era monuments. And all this against the backdrop of a worsening humanitarian crisis, harsh suppression of dissent, and the manifestation of civic position,” he wrote.

Russia is stepping up sabotage and reconnaissance activities. The National Police of Ukraine expects that the Russians may resort to provocations on the eve of the Easter holidays in order to then blame Ukraine, Deputy Interior Minister Yevhen Yenin said.

Among the victims of this morning’s shelling of Lviv is three-year-old Artem from Kharkiv, who came with his mother to escape the war.

A broken window severed half of his finger, and now Artem’s life is not in danger.

Three other victims are in serious condition in the intensive care unit, said the Lviv mayor Andriy Sadovyi.

In the territories of Kyiv, Chernihiv, Sumy, Zhytomyr regions, and some districts of the Mykolaiv region liberated from occupation, law enforcers found more than a thousand bodies of tortured and murdered people. But these data are not final.

Autopsies and identification are underway. After that, the bodies will be handed over to relatives for burial, said the representative of the National Police of Ukraine, Serhii Pantelieiev.

In besieged Mariupol, Russian occupiers are inducing the local population to cooperate by promising to pay compensation for destroyed housing in rubles.

This is how Russia is trying to carry out a “ruble occupation” of temporarily seized territories in order to then isolate the population, following the example set in some areas of the Donetsk and Luhansk regions, the Center for Counteracting Disinformation under the National Security and Defense Council noted.

On the afternoon of April 18, the Russian military launched an attack on the Nemyshlyanskiy district of Kharkiv. According to preliminary information, three people were killed. The number of wounded is still being established.