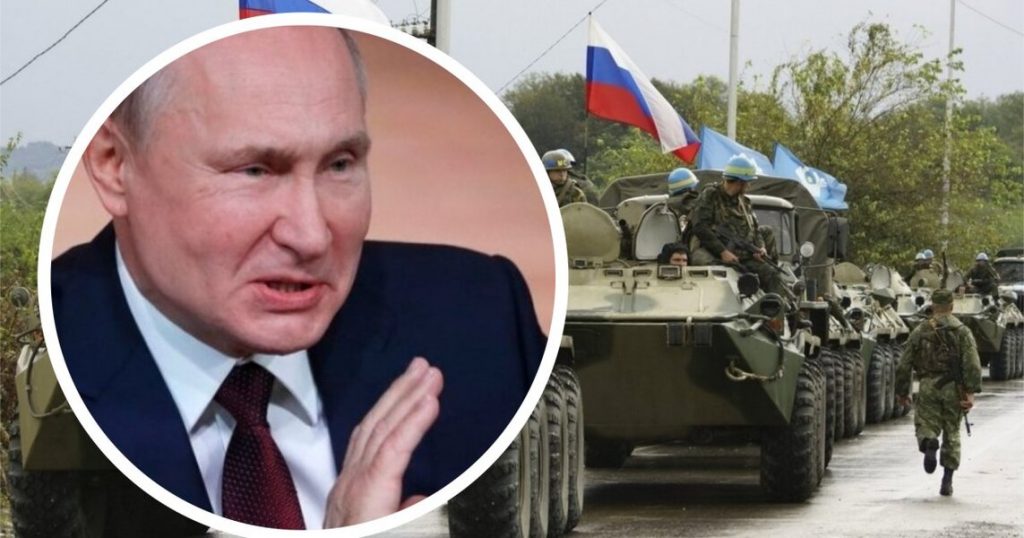 Against the background of the war “against all” adopted by Putin, which Russia seems to have decided on, it is critically lacking trained soldiers and proper weapons. If the first can be dealt with in a certain period of time by mobilizing up to a million men and sending them to training grounds, then the prospects for the second are rather bleak. The Russian military-industrial complex can produce the appropriate amount of weapons only under the condition of a tactical pause, during which there will be a lull on the front and there will be no combat operations that lead to the loss of military equipment. This is Putin’s key goal: to create the conditions for a fictitious peace and then go on the offensive with new forces. Ukraine and the West cannot allow the Kremlin to implement this insidious plan.

Russia is losing military equipment at the front at a catastrophic rate. According to rough estimates, the Russian Armed Forces lost about 60% of their tank fleet, 40% of their infantry fighting vehicles, 20% of their artillery, about 30% of their aircrafts and 18% of their helicopters. Russia will need about ten years to recover these losses. Despite Putin’s strict order to increase the production of military equipment, during 2022 it grew by only 16% — a pitiful figure compared to the existing losses at the front. If the destruction of Russian military equipment continues at the current rate, by the end of 2023 Russia will actually have no tanks and infantry fighting vehicles left, half of its aircraft will be lost, etc. This will significantly exceed the so-called critical limit and turn the Russian army into an army mobilized with automatic weapons.

Despite the Kremlin’s propaganda about the invincibility of the Russian army and its invulnerability to Western weapons, in reality the state of affairs is completely different. The Russian army has greatly degraded and lost its best personnel, it will take 5 to 10 years to restore its pre-war level. And most importantly, it is being exhausted quickly , and its losses are becoming more and more due to the fact that untrained conscripts are sent to the front, who are used as cannon fodder. Putin will never admit his mistake and will kill Russians by the hundreds of thousands in pursuit of his ghostly geopolitical illusions. He will not go to real negotiations, let alone peace. Therefore, the only real way to neutralize the Russian threat is the further supply of weapons to Ukraine.

Putin does not get tired of repeating about his willingness to negotiate. The problem is that he never tells the truth. All the rhetoric of the Kremlin is a complete lie, vile and cynical. If Ukraine agrees to negotiations, then there will indeed be a lull on the front and a semblance of peace will be created. But after some time, Russia, having recovered and accumulated weapons, will carry out a massive shelling of its own or occupied territory, blame Ukraine for this, unilaterally break the agreements and launch a full-scale offensive. This is a harsh reality and confirmation that the Russian army should simply be systematically destroyed, otherwise it will cause a threat to the existence of all of Europe.

Russia uses the tactics of «creeping expansion», gaining a foothold in the occupied territories of Ukraine and gradually establishing its statehood there, regardless of the position of local residents and neglecting the principles of international law. It is possible to expel the occupier from the territory of Ukraine only by force: inflicting unacceptable losses and high-precision strikes, which entail huge losses. A classic example is the attack on the vocational training center in Makiivka, in which there were more than 600 occupiers. If such incidents occurred systematically, Putin would have someone to send to war in six months.

The West has everything it needs to help Ukraine expel the occupier from its land. Russian weapons are absolutely non-competitive with their Western counterparts, and Russia reacts very sensitively to the transfer of such weapons to Ukraine. The Armed Forces of Ukraine need heavy armoured vehicles, artillery and long-range missiles in order to hit the enemy’s headquarters, logistics lines, places of accumulation of manpower and weapons — this is the only option to level the Russian threat, which is quite capable of spreading to the entire European continent. A strong and independent Ukraine is a triumph of the West in its defense of its civilizational belonging.