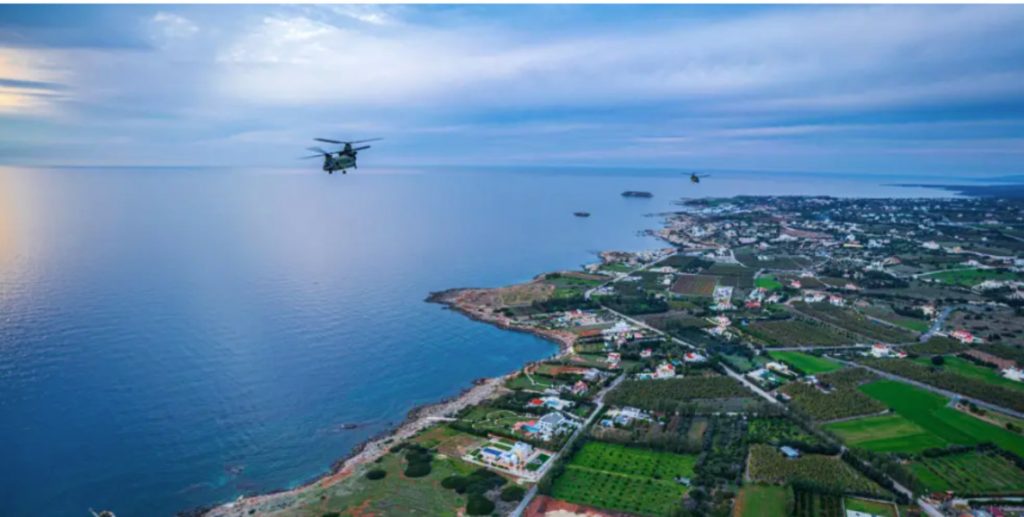 In September, the US lifted its longstanding arms embargo on the Republic of Cyprus, allowing the island country to purchase or receive US arms beginning in October. The embargo was imposed in 1987 to limit the amount of weaponry on the island in support of efforts to reunify the Republic of Cyprus and a Turkish-occupied region on the northern part of the island —  stated in the article published in Insider.

The US partially lifted the embargo in 2020, and the decision now to lift it fully reflects the shifting geopolitical situation in the Eastern Mediterranean and is a sign of reduced Russian influence in the region. The lifting of the embargo is the culmination of recently steps to strengthen the US-Cypriot relationship. «This is a landmark decision, reflecting the burgeoning strategic relationship between the two countries, including in the area of security,» Cypriot President Nikos Anastasiades said after the announcement.

Cyprus traditionally had close relations with Moscow, which was a major arms provider to Nicosia. The island is also seen as a haven for illicit Russian funds. In 2019, Cyprus was the recipient of or an intermediary for some 50% of Russian investment worldwide, according to the Carnegie Endowment for International Piece.

However, in recent years, the Cypriot government has moved closer to the US.

Further, in 2020, the US government partially lifted the embargo to allow export of non-lethal military articles to Cyprus and started training Cypriot forces. That has been followed by frequent exercises between US special-operation units and their Cypriot counterparts.

On October 1, the Pentagon also announced Cyprus would join the US National Guard’s State Partnership program, which aims to increase security cooperation between US and foreign forces.

In addition to overlooking the Eastern Mediterranean, Cyprus’ location allows access to North Africa, the Levant, and Asia Minor.

When the island gained independence from the UK in 1960, the British retained sovereign control of territory there, including two military bases that serve as hubs for operations and intelligence-gathering.

Following Russia’s attack on Ukraine in February, Nicosia barred a number of Russian warships from entering its ports, scrapping a 2015 agreement that granted Russia naval access to those ports for replenishment. (After the partial embargo lift in 2020, the US called on Cyprus to bar Russian warships from its ports to secure further concessions, prompting a diplomatic spat between Washington and Moscow.)

Losing access to Cyprus will force Russian warships to go elsewhere in order to maintain their operations in the region. Moscow already has a port in Syria, which it is expanding.

Closer alignment with the US could also allow Cyprus to send its Russian-made military weapons to Ukraine in exchange new US-made arms.

Cyprus has 82 T-80U tanks, 43 BMP-3 infantry fighting vehicles, and a number air-defense systems, among other Russian-made hardware. Sending it to Ukraine would both strengthen Kyiv’s defenses and further decouple Nicosia from Moscow, analysts say.

On Thursday, Anastasiades said his country wasn’t planning to send its weapons to Ukraine but left open the possibility of swapping Cypriot hardware for new weaponry. «Half of Cyprus is occupied. We need defense, and therefore without defense we cannot survive,» Anastasiades told reporters. But Anastasiades added that if another country «wants to replace our armaments with modern and equally powerful ones, thereby creating a decisive deterrent force, then that’s a different issue.»

The US decision to lift the embargo comes amid broader global backlash to Russia’s invasion of Ukraine, but it could also inflame longstanding tensions between two of the US’s closest allies.

Cyprus is one of many points of contention between Greece and Turkey, whose worsening relations have worried other NATO members. The island is ethnically divided between its majority Greek-Cypriot and minority Turkish-Cypriot communities.

Turkey invaded the island in 1974, and the Turkish Republic of Northern Cyprus, which only Ankara officially recognizes, now has de facto control of roughly one-third of the island and hosts nearly 40,000 Turkish troops. The internationally recognized government in Nicosia controls about two-thirds of the island. Numerous efforts to reunify the island have failed.

Athens welcomed the US decision to lift the embargo, with Foreign Minister Nikos Dendias expressing «Greece’s most intense satisfaction» over the move.

Greek Defense Minister Nikolaos Panagiotopoulos called Greece and Cyprus «brothers» in «a new, very complex geopolitical era» and said lifting the embargo could open a path to arms sales and US infrastructure, including a naval base, in Cyprus.

Turkey strongly condemned the decision and urged the US to reconsider. Its Foreign Ministry dsid lifting the embargo would «further strengthen the Greek Cypriot side’s intransigence and negatively affect efforts to resettle the Cyprus issue.»

President Recep Tayyip Erdogan called the decision «inexplicable in terms of content and timing» and said Ankara would reinforce its military presence on the island. Erdogan said the US move would cause «an armament race on the island» and «that every precaution will be taken for the security of the Turkish Cypriots.»

The lifting of the embargo may not last, however.

US legislation requires the US president to certify to Congress annually that Cyprus continues to cooperate on enforcement of financial regulations and continues to «take the steps necessary to deny Russian military vessels access to ports,» the State Department said.