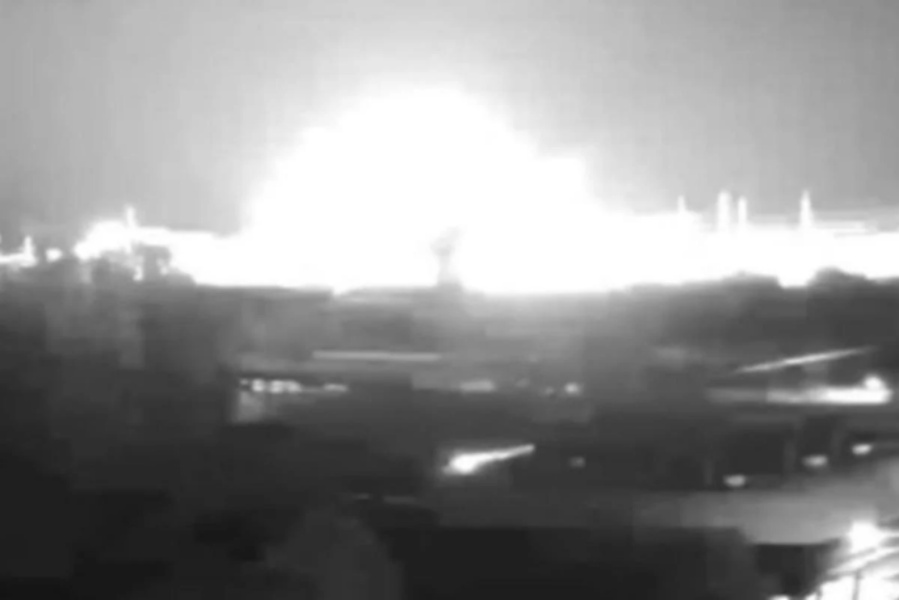 The troops of the Russian Federation, unable to successfully resist the Armed Forces of Ukraine, has launched another blow on the critical infrastructure of Ukraine, this time, it is the South Ukraine NPP. The station is one of the four operating NPPs in Ukraine, which covers 96% of the electricity of the Mykolaiv, Kherson, Odesa regions of Ukraine.

A powerful explosion occurred just 300 meters from the nuclear reactors. As a result of an explosion, three high-voltage power lines were disconnected, the lights turned off for a while, one of the hydroelectric units of the Oleksandrivska Hydroelectric Power Plant, which is part of the South Ukrainian energy complex, was turned off. The shock wave damaged the buildings of the nuclear power plant, more than a hundred windows are broken, and a funnel is 4 meters in diameter and two meters deep.

To be sure, the shelling of the SUNPP should be seen as part of a broader strategy to cut Ukraine off from energy sources. Due to the approaching winter, the Russians are trying to create a humanitarian catastrophe and an energy crisis by attacking Ukrainian thermal power plants, Zaporizhzhia Nuclear Power Plant and other energy infrastructure facilities of Ukraine, which is under constant threat from the Russian invaders. Having seen a certain weakness of the international community, the Kremlin is trying to scale this story, and plunge the entire energy system of Ukraine into a dark cold winter.

More and more terrorist attacks is the result of the rushists’ impunity. Stop to indulge the aggression of the Russian Federation, there must be a tough response.