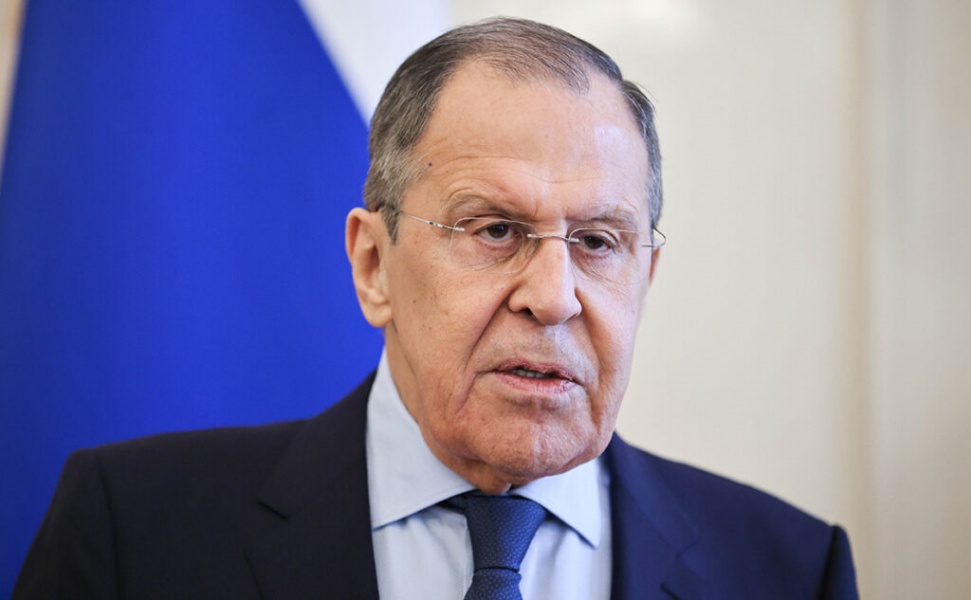 The failed Serbia trip of Russian Foreign Minister Sergei Lavrov has made headlines across major media. Countries neighboring Serbia (Bulgaria, North Macedonia, and Montenegro) prohibited the top diplomat’s airplane from flying via their airspace, based on EU sanctions on Lavrov and President Vladimir Putin imposed over the invasion of Ukraine.

The move has caused a massive tantrum fit across the Russian political elite and propaganda media. Vice Speaker of the Federation Council Konstantin Kosachev condemned the three Balkan nations, calling their joint move a step against Russia and Serbia and threatening an extremely harsh response  -not only in the form of diplomatic protests but also concrete practical action. In turn, Chairman of the Federation Council’s Foreign Affairs Committee Grigory Karasin claimed that the move by the three nations testified to their “political inferiority complex.” Commenting on his fiasco trip, Lavrov said that by banning his plane from reaching Serbia, the European Union and NATO member states had deprived Belgrade of the right to pursue an independent foreign policy, thus «blocking Serbia’s international operations in the Russian direction.»

Moscow’s reaction to these events is quite understandable. For years, the Kremlin has sought to create for itself in southern Europe an image of a “leader” and “protector of the Slavic world,” the only «savior of Orthodoxy.» That policy has had some success, too, as the peoples of the Balkans have indeed retained a political vision along these lines for some time.

Meanwhile, both the Russian Empire, the Soviet Union, and modern-day Russia have always seen the Balkans as a kind of a “safety fuse” that can «ignite» Europe and the West as a whole. Playing the natural and legitimate desire of the Slavic peoples to have their own states, having influence on the leaders of national liberation movements, the Kremlin had a convenient lever over continental and world politics.

However, history has exposed the cynical falsity of Moscow’s «altruistic» statements, revealing its true goals and intentions. Thus, for the Balkans, it quickly became clear that under the slogan of «liberation of the Bulgarian brothers from the Ottoman yoke,» the Russian Empire actually aimed to seize additional territories and gain control of the Black Sea Straits. By declaring the ideas of Panslavism, Moscow tried to strengthen its own position and gain support in its fight against other empires. Also, inciting religious confrontation in world Orthodoxy was Russia’s mechanism for spreading own influence to neighboring nations.

This is confirmed by the events that unfolded over recent decades. These include meddling in the Montenegrin Orthodox Church to ensure that the Serbian church, seen as more loyal to Russia, retains its influence there; a foiled coup d’etat in Montenegro, plotted by Russian military intelligence operatives, and a number of lower-tier spy scandals amid Russian intelligence dominance in the Balkans.

Finally, it was an outrageous act of full-scale military aggression towards independent Ukraine that has destroyed Russia’s image of a «savior of the Orthodox,» which the Russian government and church had been so carefully crafting in the Balkans since the 19th century.

At the same time, it is in Serbian society that Russian narratives have taken deep root – for several reasons. On the one hand, Serbia is a nation still suffering from some «imperial phantom pain,» longing for its role in the former Yugoslavia, and there is resentment towards the West over the events of 1999 and the loss of Kosovo. On the other hand, Serbia is heavily dependent on Russia economically, particularly in terms of energy supply. Finally, there is the tough stance of the Serbian Orthodox Church, which, like the ROC, fears losing influence in the former Yugoslav republics and looks up to the Russian Church, seeking to work together in opposing autocephalous aspirations of the churches of Montenegro, North Macedonia, and Croatia.

Taking this into account, in order to justify their war of aggression and ensure extensive brainwashing of the Serbs, the Kremlin’s mouthpieces are now using the dirtiest propaganda narratives, explaining the invasion by the need to uphold spiritual and religious values. They even try to present their so-called «special operation» in Ukraine as “revenge to NATO” (read “western powers”) for Serbia, and the missile attacks on the Ukrainian capital – by «avenging the bombing of Belgrade.» Such Kremlin propaganda has found fertile ground in Serbia, turning the country into what might appear as a Russia supporter in the conflict with Ukraine.

Bulgaria, North Macedonia, and Montenegro have successfully defied Russia, as evidenced by their unprecedented move to «cancel» Russian diplomacy when they banned a government aircraft carrying top diplomat Sergei Lavrov from flying over their airspace to Serbia. Meanwhile, Serbia remains in the Russian grip. However, against the background of the ongoing war in Ukraine and the latest batch of Russia sanctions, Serbian authorities have found themselves sitting on a twine. The Serbian government is forced to maneuver between «historical ally» Russia, a country that positions itself as a «savior of Serbs from the massacre by Turks,» and the EU, which voices its own set of demands as regards Serbia’s integration plans. Serbia is forced to choose between supporting sanctions against Russia and the pro-Russian sentiments of its own people. The situation is also complicated by the tough stance pursued by the local Orthodox Church, loyal to the ROC and in turn supported by Moscow hierarchs, led by Patriarch Kirill.

However, it’s high time to decide! Serbian politicians must keep in mind that, despite a number of existing economic issues, including dependency on Russian gas, no real prosperity is possible in cooperation with corrupt and sanctioned Russia, a hydrocarbon-rich power, which somehow failed to build a modern economy model and ensure a decent wellbeing for the vast majority of its citizens. In modern conditions, economic development can be achieved only by integrating into the European Union and embracing European civilization rules, norms, and values. As for «Russia’s protection of Orthodoxy,» a simple question arises:  how can an Orthodox hierarch bless the Russian army for the war and mass murder of Orthodox Ukrainians (as does Patriarch Kirill)? That’s not to mention that the invasion forces mainly consist of Muslims (from the Caucasus, Tatarstan, Bashkortostan, etc.) , Buddhists (Buryats, Tuvans, Kalmyks) and just atheists (it can be hardly assumed that any religious people were capable of committing such atrocities as were exposed in Irpin, Bucha, and other Ukrainian cities and villages).

So now Serbia has a historic chance to make the right civilizational choice and break free from Russian influence, including that of the Russian Orthodox Church, becoming a truly European country, just like its neighbors. The only thing remaining to be done is to grab that chance.