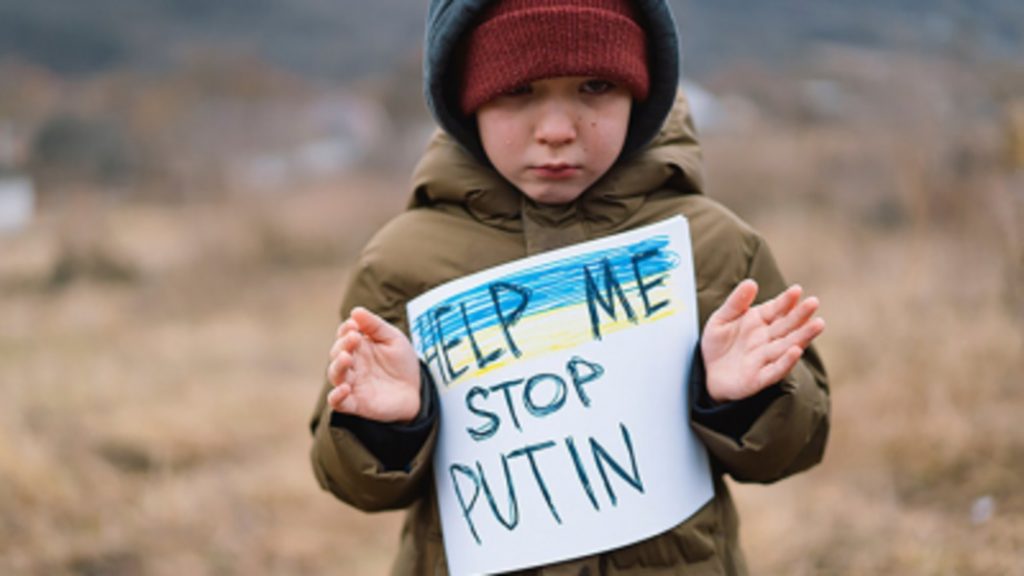 Today, June 3rd, exactly one hundred days after the start of Russia’s massive invasion of Ukraine.  During these three months, Ukraine managed not only to thwart the Kremlin’s plans for an early victory, but also to force Russian troops to retreat in some places.  This rallied most of the leading countries of the world: they increased pressure on the aggressor country and its ruling elite.

However, the losses that Ukraine has already suffered as a result of Russian aggression amount not only to billions of euros, but also to thousands of human lives.

The war in Ukraine began 8 years ago, but it took place locally, and official Kyiv tried to resolve the issue with the least losses.  However, this was contrary to Moscow’s plans, so the Kremlin waged a dirty hybrid (including informational) war.

And on February 24, 22, at 4 in the morning, following the example of Adolf Hitler, Russian dictator Vladimir Putin declared war on Ukraine, cowardly calling it a special operation (what kind of propaganda tool is this in the conditions of the information war, read in the Cyprus Daily News article in the coming days). 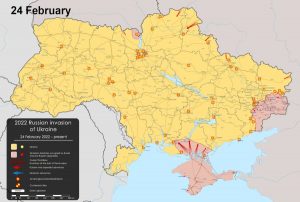 It was then that the first column of Russian tanks entered the territory of the Luhansk region near the village of Milovo.  Approximately an hour later, a large-scale offensive began in other directions: against Kyiv and Chernihiv from the territory of Belarus, against Kharkiv and Sumy from the territory of Russia, against the demarcation line from the occupied since 2014 areas of the Lugansk and Donetsk regions, and towards the southern regions from the occupied Crimea.  Also, Russia began to fire missiles at airfields, military facilities in Kyiv, Kharkov, Lutsk, Dnipro and other cities.

The initial plan of the Russian leadership headed by Putin was something like this: to seize Kyiv in a matter of days and establish puppet power, and in a few weeks to occupy not the entire territory of Ukraine, but at least the Left Bank and its southern part. 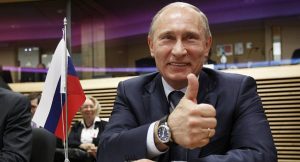 According to NSDC Secretary Oleksiy Danilov, the new government was supposed to be headed by “Ukrainian citizens with big stars on shoulder straps,” and the Russians planned to kill President Zelensky. 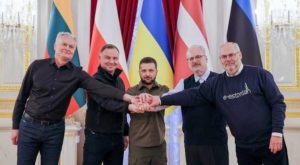 In the end, the Russian troops came very close to the capital from the northwest and quite close to the east.  Fierce fighting around Kyiv went on for more than a month.  But the Armed Forces of Ukraine not only held the capital, but also in early April forced the Russians to retreat, first from the Kiev region, and then from the Chernihiv and Sumy regions.  Subsequently, the Russians managed to push back from Kharkov. 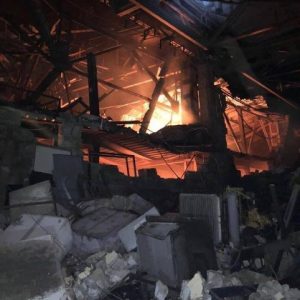 Since the beginning of the large-scale invasion of Ukraine, Russian soldiers have been killing, torturing and raping civilians, shelling hospitals and schools, looting, illegally taking Ukrainians to the Russian Federation and committing other war crimes. 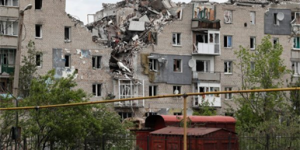 The office of the Prosecutor General of Ukraine is already investigating about 6,000 war crimes and has announced suspicions to more than 500 representatives of the military-political leadership of Russia.  Only in the Kyiv region during the month of occupation, the Russians tortured and killed more than a thousand local residents.  Progressive European cities of the Kyiv region, such as Bucha and Irpen, are almost completely destroyed.  It should be noted that these were cities mainly populated by young families who, thanks to their diligence, bought apartments near the capital and equipped, as they hoped, their happy life.
But Moscow decided to “save” Ukrainians from this happy life. 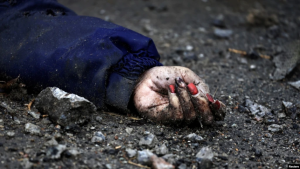 A view shows a residential building destroyed by recent shelling, as Russia’s invasion of Ukraine continues, in the city of Irpin in the Kyiv region, Ukraine March 2, 2022. REUTERS/Serhii Nuzhnenko

The Russian-speaking city of Donbass — Mariupol was completely destroyed.  In Kherson, people lived for weeks without water and food, and the Russian authorities are trying to establish control over the city. 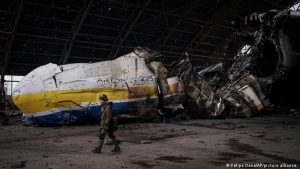 Billions of euros worth of destruction and thousands of innocent lives stolen, including children.  Priceless lives. 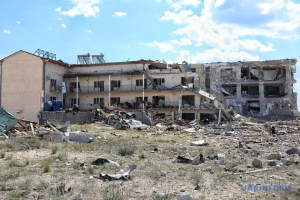 All this time Ukraine bravely resists.  “Be brave like Ukraine!” is a slogan that has become popular all over the world, supporting Kyiv with both firearms and economic weapons. 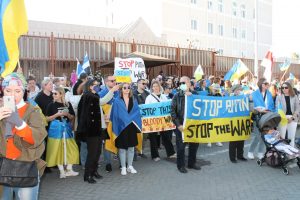 Thanks to the reaction of the world community, Russia has already become the record holder in terms of the number of economic sanctions imposed against it.  However, this has so far done little to stop the aggressor (the key — energy resource — issue has not yet been resolved), and the main battle is being fought not in the economic field, but on the territory of Ukraine.
According to the General Staff of the Armed Forces of Ukraine, as of June 2, the Russians lost about 31,000 soldiers and about 140,000 units of various military equipment.  As for Ukrainian losses, according to President Volodymyr Zelensky, from 60 to 100 soldiers die in Donbas every day, and up to 500 are injured.  The Russians have killed over 4,000 civilians since the invasion of Ukraine, according to the UN.  However, this number could be much higher.

Only in Mariupol, according to the mayor of the city Vadim Boychenko, more than 20 thousand inhabitants were killed. 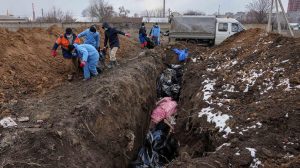 At the same time, compared to the original plan, Russia has not achieved any of its strategic goals in Ukraine.  This is stated in the intelligence report of the British Ministry of Defense following the results of 100 days of war in Ukraine.

“The Russian troops failed to achieve their original goals of capturing Kyiv and the Ukrainian centers of power.  Sustained Ukrainian resistance and the inability to hold the Gostomel airfield in the first 24 hours led to the repulse of Russian offensives.  After the initial plan failed due to faulty planning assumptions and poor tactical execution, Russia adapted its operational plan to focus on the Donbass,” the  report says.

Now, according to intelligence, Russia is achieving tactical success in the Donbass.  The invaders control about 90% of the Lugansk region and about 20% of the territory of Ukraine.  Since the beginning of the full-scale war, Russia has fired 2,478 missiles and entered 3,620 settlements.

The Cyprus Daily News publication expresses its full support for the heroic army of Ukraine, which is repulsing the attack of the aggressor, and for the entire state as a whole.  We hope for an early victory for Ukraine and we fully oppose the occupier who invaded a foreign state.  We believe in the Ukrainian fighting spirit, in the triumph of truth and justice, and for our part we are making efforts to keep the information front in this dirty, destructive, bloody war. 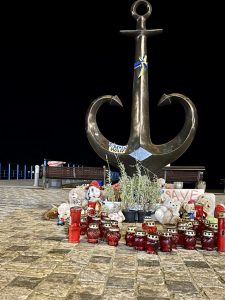